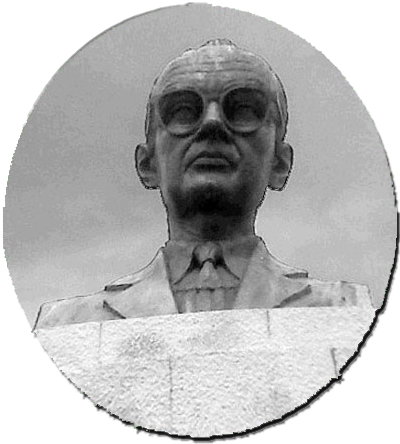 Pachano was born as the eldest son into a prominent Ambato family. His father was the well-respected citizen Abel Pachano Baca and his mother was Amelia Lalama Pachano. Abelardo’s father had earned fame and incarceration as a liberal patriot in his youth. Abel Pachano Baca went on to become a lawyer who served his country as a congressman, a municipal counselor, a judge, the President of the Municipality of Ambato and Chairman of the Liberal Board of Tungurahua.

Abelardo Pachano had nine siblings. One of his sisters, Eloisa Maria Montalvo became the wife of another famous ambateño Juan Francisco Montalvo who, coincidently, was one of Pachano’s classmates while attending Cornell. One of his brothers, Rodrigo Pachano Lalama, achieved lasting fame for his contributions as a lawyer, political writer, acclaimed poet, legislator and as a professor of philosophy, logic and ethics at the Colegio Bolivar (later becoming its Rector.)

In 1915, Abelardo Pachano Lalama married  Clotilde Naranjo Vasconez. They had five children. Pachano is said to have many grandchildren who are currently engaged in professional fields, one of whom is his namesake.

Pachano was remembered by the historian Julio Castillo as having “a serene conscience convinced of his ideals”. Castillo further ascribed him with loyalty, austerity, seriousness and immense honesty with “the fortitude of an apostle and unprecedented value.”

Ing. Pachano graduated with honors, his studies in agricultural engineering earning him a degree in Applied Agronomy from Cornell University in New York; where he was recognized for merit in his studies of agronomy, bacteriology & microbiology. He returned to Ambato, Ecuador in 1911 with plans of using what he had learned for the benefit of everyone. His many contributions to botanical exploration were immortalized when the Ecuadorian aguacolla cactus (aka achuma in Peru) was named for him by Dr. Joseph Nelson Rose following Britton & Rose’s Andean expedition. While Britton & Rose’s comments say simply that Pachano was the traveling companion of Rose in the Andes, his achievements remembered in Ecuador include the classification of cacti.

In Ecuador, Abelardo Pachano is still remembered as a gifted research scientist, agronomist, botanical pioneer, professor and organizer who is said to have always appeared in public dressed in khaki. He has also been honored for his tireless work to further higher education in Ecuador, both as an administrator and, later in life, as a politician. At the 2010 unveiling of a bust by Ecuadorian sculptor Jorge Avila which commemorates Pachano’s many contributions and achievements, his grandson and namesake described him as a “promoter of the people.”

Among Pachano’s many recognized and lasting contributions was the bringing of a now famous white peach to Ambato (the waytambo or guaytambo), discovering 58 new plant diseases, his furtherment of the development of agronomy in Ecuador based on his studies of ways to improve agricultural methods, increase land productivity and implement beneficial new technologies in Ecuador, including bacteriology, microbiology and plant pathology, and for his travel to Europe locating and successfully recruiting new teachers for la Quinta Normal de Agricultura, after becoming its Director.

In 1943, the Ecuadorian national government formally honored Ing. Abelardo Pachano Lalama as “Gran Oficial en Primer Grado,” to acknowledge his lifelong service to his country. Among the many things Pachano is still remembered for is his passionate love for the land and his statement that Ambato was his spiritual mother.

Appropriately, Ing. Abelardo Pachano Lalama was further honored with his grave being at the base of his beloved namesake, Trichocereus (Echinopsis) pachanoi.

Be aware that there are other well-known Ecuadorians named Abelardo Pachano, including his grandson, and that he came from a family with many members who earned their fame and reputations on their own achievements and contributions. Confusions between them can be found even in Ecuador as Pachano’s bust can be found being described online as being a prominent Ecuadorian banker (which was one of his brothers)!