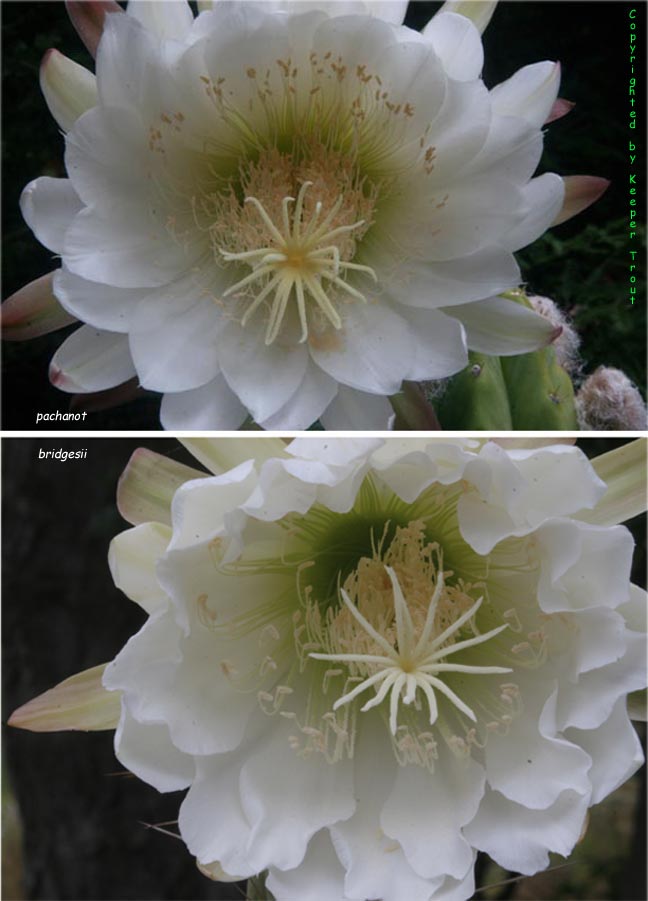 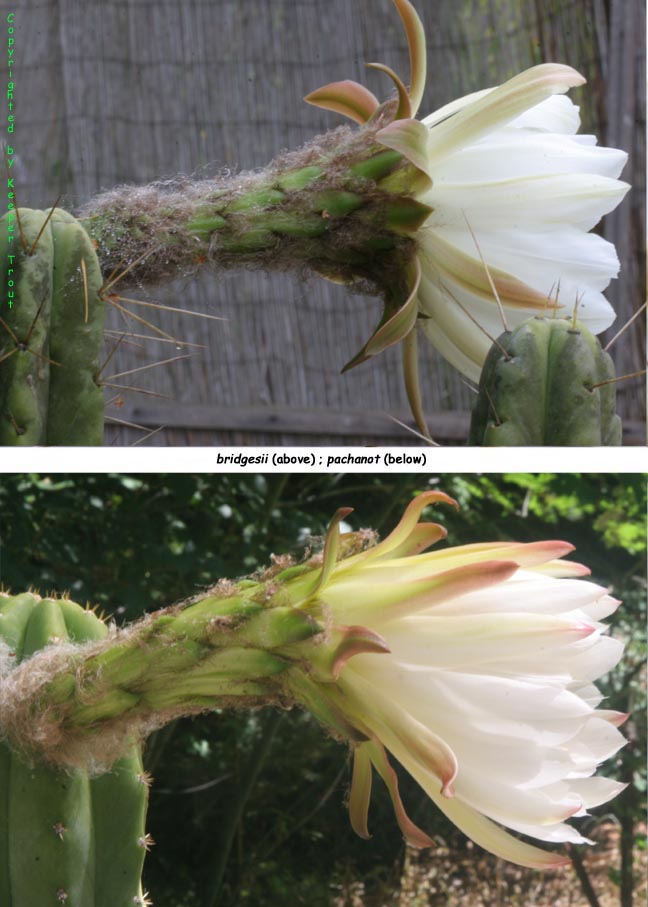 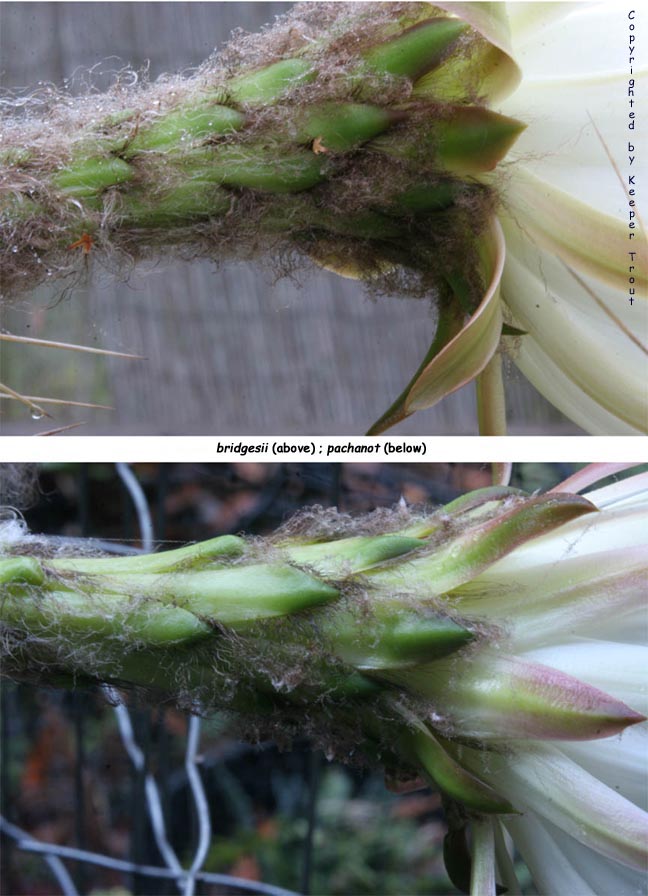 This last example shows the blackest wooly hair we have thusfar encountered on a pachanot flower. (See some short blackish hairs.)

See images of a few of bridgesii’s many forms

There are plenty of pictures of bona fide Trichocereus pachanoi flowers included in this article that can be compared to these two as well.

Things to notice: the degree and nature of hairs arising from the axils of the scales on the flowers, the appearance of the ovary and its degree of hairiness, the appearance of the scales and also the appearance of the sepals when the flower is fully open.  If a person can view them first-hand or have matching pairs of images a lot more can be seen inside of the flower but this is not reliable from photographs. One thing that might be overlooked if unfamiliar with these plants is that in most cases only night-time or early morning images show undamaged interiors. Typically, as early as it is possible to get out and about, honey-bees or some other type of bee will start stripping them of all possible pollen leaving the stigma knocked down or to one side and the interior series of stamens sort of trampled in appearance. Sometime extremely so. Understanding this has occurred is really important if wanting to make sense out of comparing the interior flower parts.

This taken together with other observations of the morphology of their stems, spination & fruit, and reflection on the difference between those two sets on the interesting hybridization page lead me to suspect that the pachanot might be a hybrid between Trichocereus bridgesii and a Trichocereus pachanoi.  At the very least those F1 hybrid sets suggest that the pachanot had something somewhere in its lineage that formed some rather familiar long yellow spines.

Assuming for a moment that it is a hybrid, it is also potentially possible that it was of natural occurrence, many naturally occurring cactus hybrids are known. One other plausible possibility is that it is a hybrid produced by a horticulturalist’s hands which they recognized for being a potential money maker and started its mass propagation and distribution.

The volume and extent of its distribution makes it clear that it entered horticulture through the hands of a major commercial grower so it is possible that there may still be a paper-trail (or someone’s memory) taking it back to its origin — assuming a person can first identify the point of entry into horticulture and all of the records or neurons involved are not already turned to dust. Maybe this will be found interesting enough to someday be looked into using DNA testing but for most botanists this is going to be a really trivial issue.

Some tangential images as well as the obviously pertinent ones may also shed some light on the subject of hybrids. You have no doubt already noticed the hybrid page but just to be sure here is another link.