This library page is still growing. It is presently a list, with links if available, of books, papers or presentations by or involving Keeper Trout.

IMPORTANT CAUTION TO READERS OF OUR PDF BOOKS.

Our former domain at largelyaccurateinformationmedia was purchased by someone who added some sort of malware that now responds to the download links in our older PDFs.

Please do not use any links to that site. All PDF copies are available for free through us and have been replaced with newer copies lacking those old URLs. Please download new copies to replace the pre-existing ones.

It was recently brought to my attention that our book PDF links stopped working. The files are all present at the specified URLs but the links to them were for some reason not connecting and are giving an error message that the files can’t be found. While I puzzle over this and correct it, here is a simple set of direct links to copies of those same files (my thanks to Endlessness for letting me know!):

Duplicate copies of most of these are also freely available at https://archive.org

An amazing book by a good friend needs to be mentioned

Garden of Eden by Snu Voogelbreinder.
The first printing has been entirely sold. A PDF is now being made available by Snu for a fair price.
[Link] 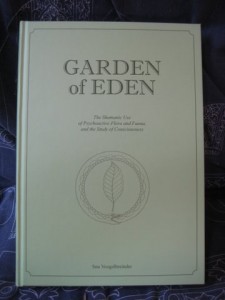 Lophophora; A Genus in Decline
YouTube video of Keeper Trout’s second presentation at EGA in 2011
Presented in a draft form at ICS8 in 2010 and in a final version at the 2011 EGA.
[YouTube video]
[Other videos from EGA]

Mescal; An Ethnobotanical Trainwreck
A video of Keeper Trout’s presentation at the 50th anniversary Ethnopharmacological Search for Psychoactive Drugs conference at Tyringham Hall in 2017 (depicted above as the featured image). (For unknown reasons, an editor decided to change the title of my talk long after the fact; hence the ‘peculiar’ retitling of the video.)

[Vimeo video]
[Other presentations from the same conference.] 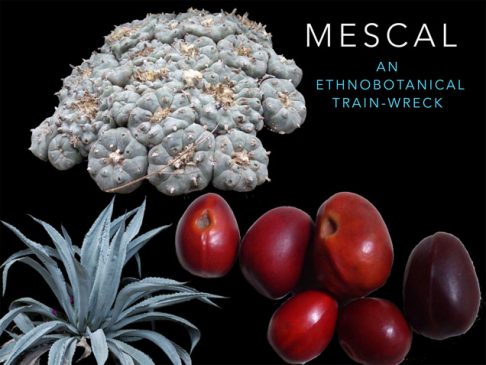 Huisachillo Trouble in Texas?
10 mb PDF of the Powerpoint accompanying the talk.
Presented at ICS7 in 2009 & again in 2010 after being updated to its present form.
[PDF] 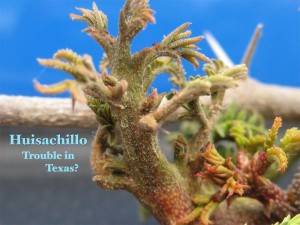 San Pedro
PDFs of the corresponding Powerpoints accompanying the talks. 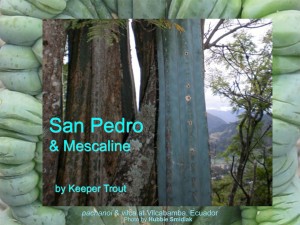 Astrophytum asterias–Associated plants
Direct link to this ongoing project at the CCI site.

Lophophora species–Associated plants
Direct link to this ongoing project at the CCI site.

San Pedro
A tabular PDF summary to accompany the talks by that name which were given at EntheoGenesis Australis and the Women’s Visionary Congress.

in the digital library

(DATE-e indicates an electronic publication or release rather than paper.)

Acacia species reported to contain Tryptamines and/or Beta-carbolines.
Illustrated 2003 revision with addendum.
Printed copies of the 2003 edition were only produced in Oz in limited numbers. It featured an additional color cover and inclusion of additional material from Mulga.
This work is being made available by popular request. It is VERY outdated material.
[PDF 2003-e 12 mb] 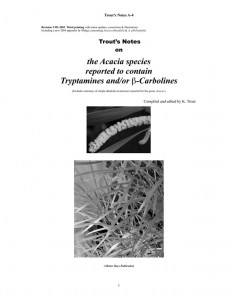 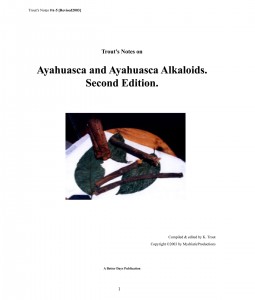 Ayahuasca Analogues and Plant-Based Tryptamines: The Best of The Entheogen Review 1992-1999 [co-editor, with D. Aardvark and J. DeKorne] (2000)
This was a compendium of previously published articles by multiple authors.
[PDF is at Erowid] 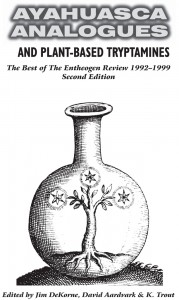 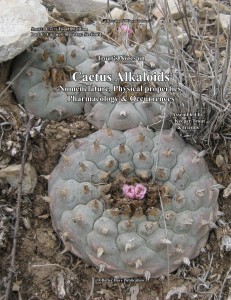 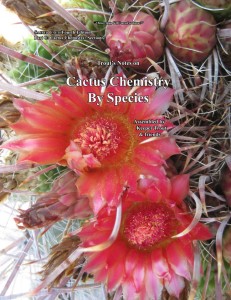 [Species and synonyms list from Cactus Chemistry By Species]

Cultivation & Propagation of Cacti (1996/1997/1999/2001/2006 in Oz/2014-e)
[69 mb PDF]
Originally this material formed a chapter within the pages of the 1997 book Sacred Cacti and was already being made available as a stand-alone booklet in 1996.
During 2006-2012, with its cover retitled Cactus Cultivation, this was produced & distributed in Oz through Happy Herbs. It is no longer in hardcopy production anywhere. 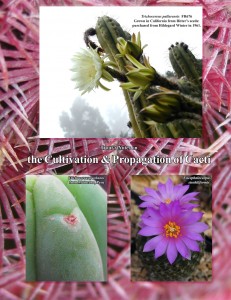 Desmanthus leptolobus (2004-e)
A web-based educational page.
This page is being revised and a nicer version will replace it in the future. 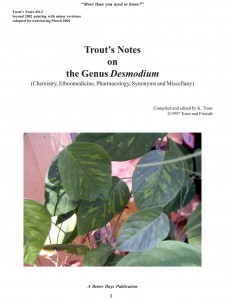 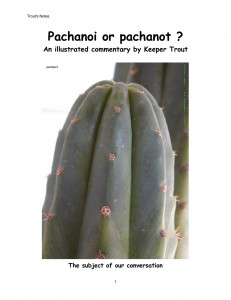 Sacred Cacti: Botany, Chemistry, Cultivation & Utilization (Narayan 1997; Better Days Publishing 1999/2001/2015-e)
This book is now on THIS website *in its entirety* (i.e all four volumes will be ONLINE and that process is already complete. Revised editions of the San Pedro book and Cactus Chemistry By Species are coming online asap.). Some of the older introductory comments are still in need of updating but the complete book is online.
[Link] 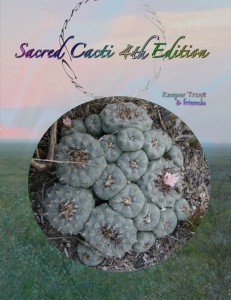 San Pedro & Related Trichocereus Species (2005/2013-e)
[PDF]
Originally this book was just a portion of one chapter within the pages of Sacred Cacti. The third revision saw it enlarged to a point that it merited its own publication. 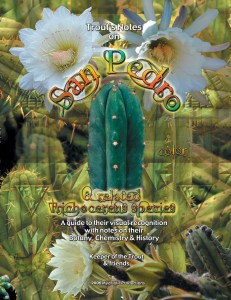 Some Other Succulents (2004-e)
[PDF]
Extracted from the third edition of Sacred Cacti.
This booklet is now 18-years old and needs much updating to bring it back to being current. 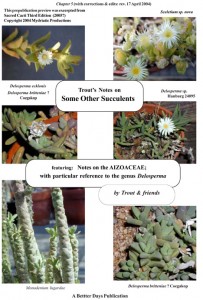 Papers & Articles in the digital library

Martin Terry & Keeper Trout. 2017. “Regulation of peyote (Lophophora williamsii: Cactaceae) in the USA: A historical victory of religion and politics over science and medicine.” Journal of the Botanical Research Institute of Texas, 11(1): 147–156.
[736 Kb PDF]

In the comments added in the site’s text, their reference to Tepker should have read “which Trout mentioned” rather than “in which Trout was mentioned”.