A member of the “pleasing fungus beetles” or the Erotylidae.

The name is derived (Latinized) from the Greek word erotulos, ἐρωτύλος
Meaning Little Darlings or Sweethearts — in some sort of a reference to the beauty of some gem stones.

In the case of our ‘Little Darlings’ the color scheme is described as ferrugineous and piceous. (Rusty and pitch colored.) 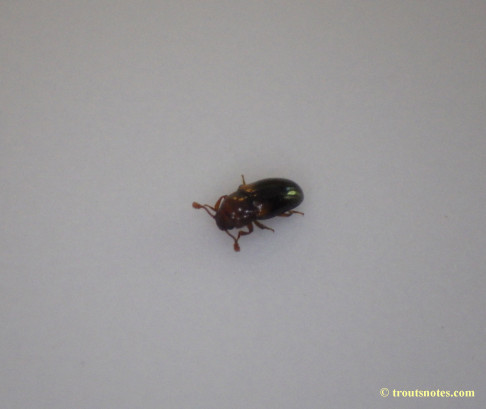 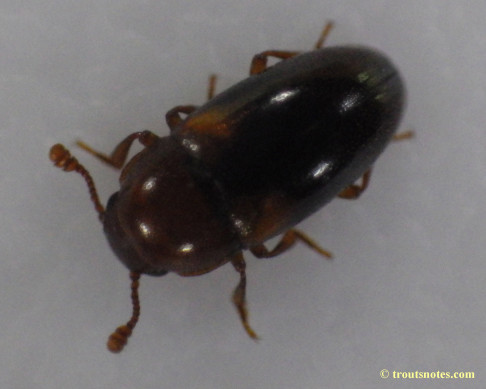 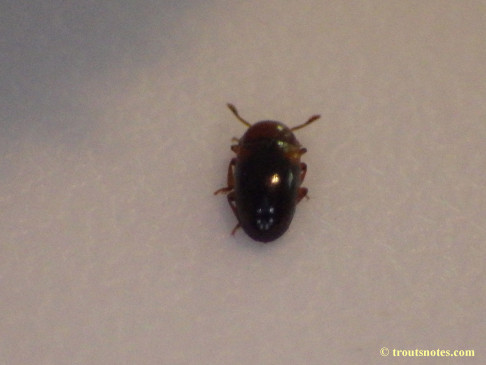 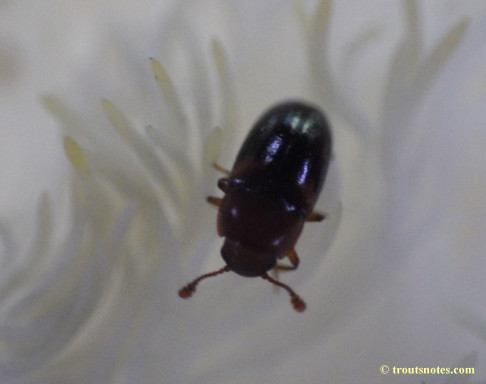 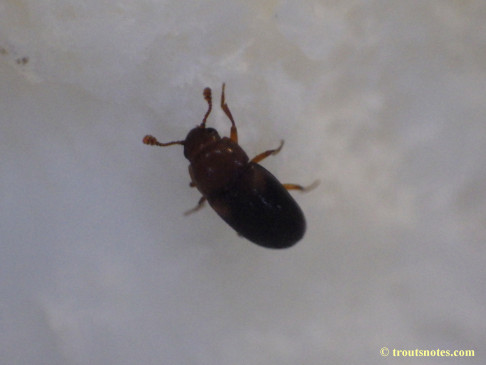 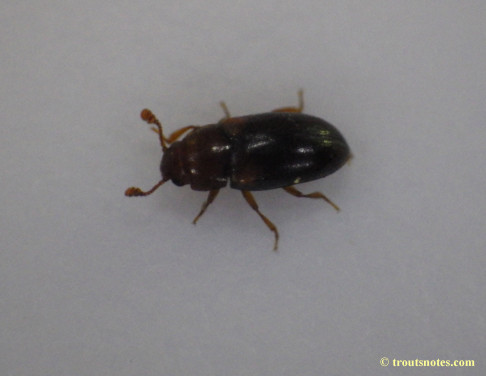 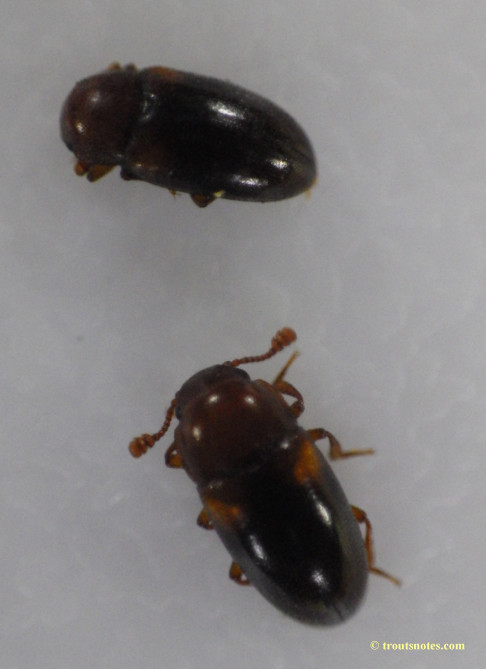 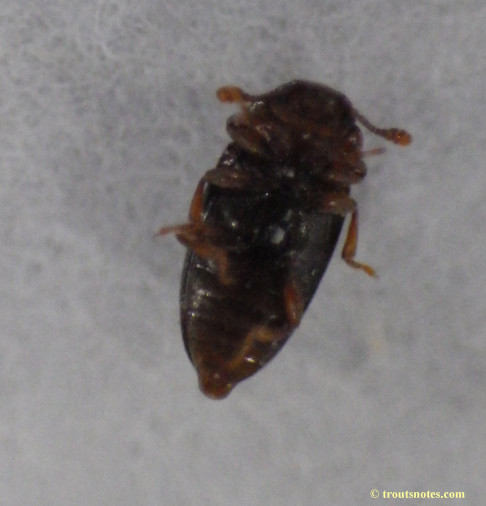 As is common for a lot of beetles like this, these often play dead when disturbed. 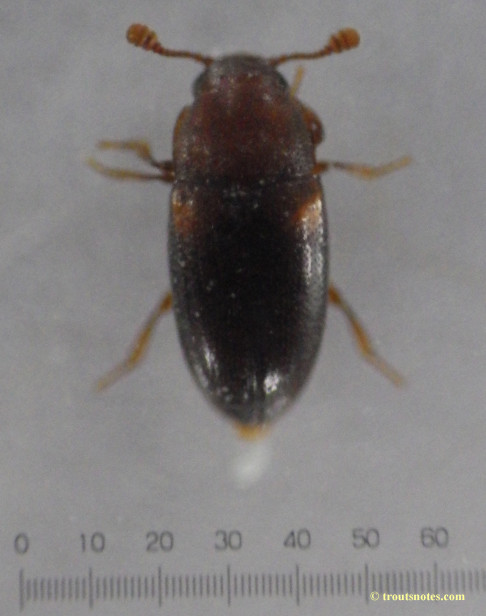 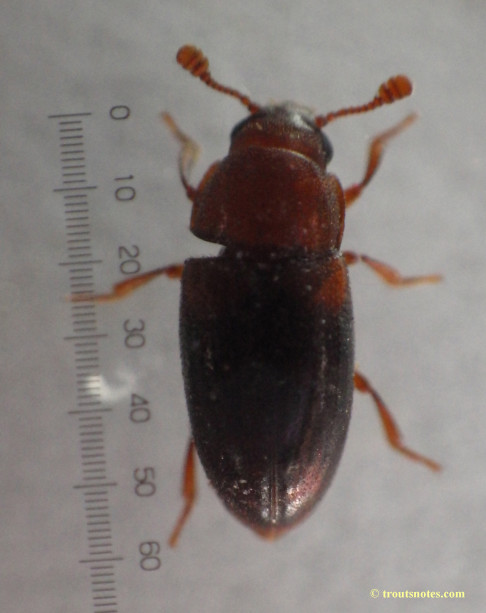 The images showing a scale bar are slightly flattened due to the weight of the scale. A microscope reticle was used in which 20 units is 1 mm.