Said to have been acquired from Eltzner. Identification as a cuzcoensis has been questioned by some people; apparently based on the relative lack of swollen spine bases when compared to many other cuzcoensis forms.

This was purportedly wild-collected in the vicinity of Cuzco, Peru prior to reaching Eltzner’s hands.

A point where I have a question is that the large adult plant at Eltzner’s (which appears to be this same thing) grows to around 8  or 9 feet tall and is freely offsetting. The plants growing at GF’s were all less than around 3-4 foot and offset much less vigorously.  That behavior has persisted on both counts since it has been in my hands. 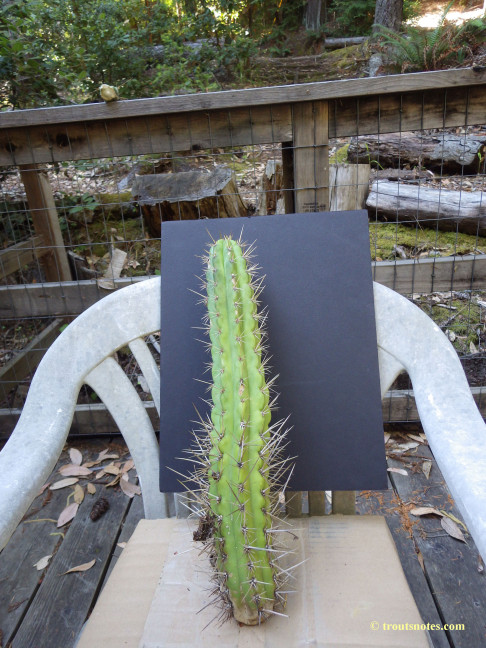 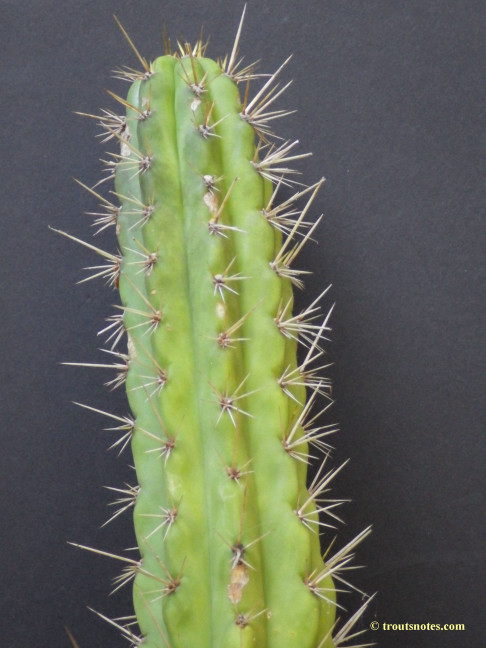 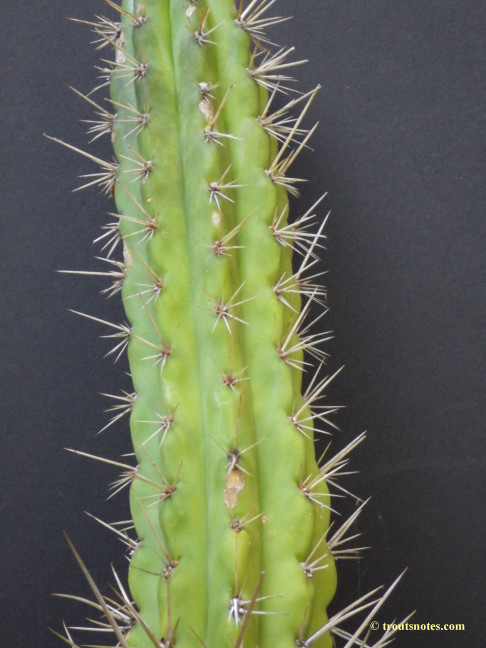 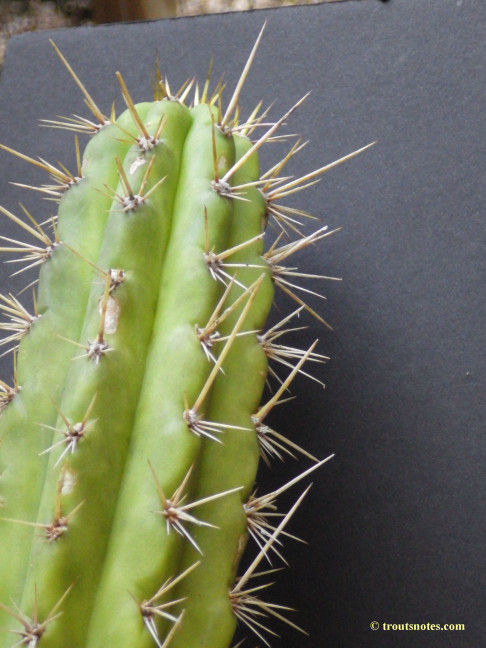 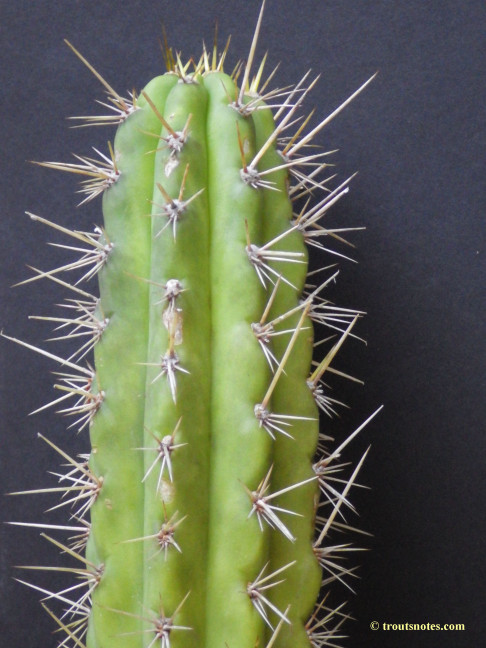 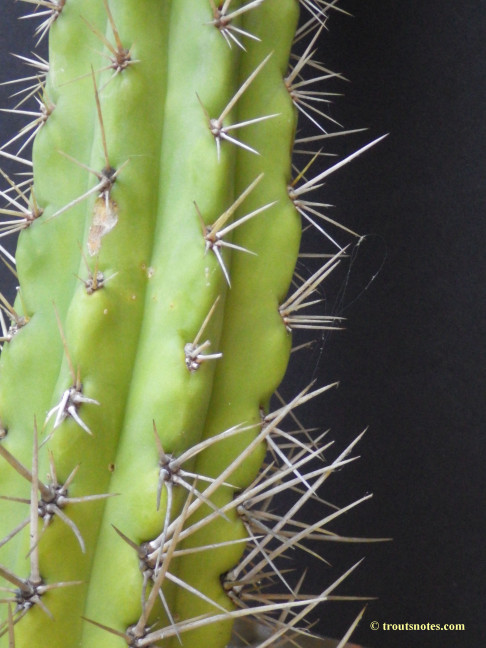 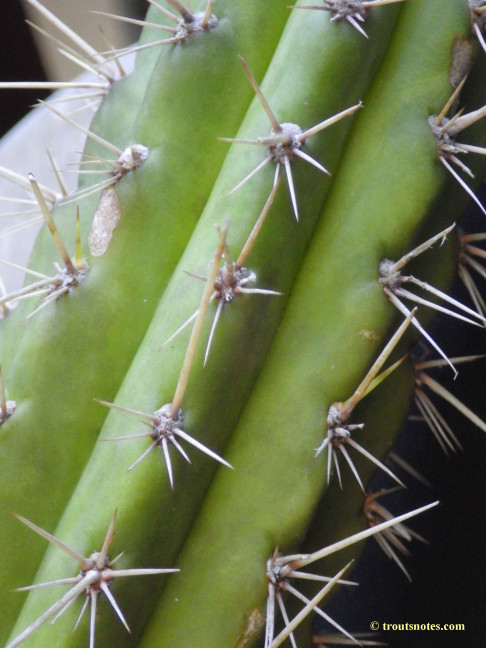 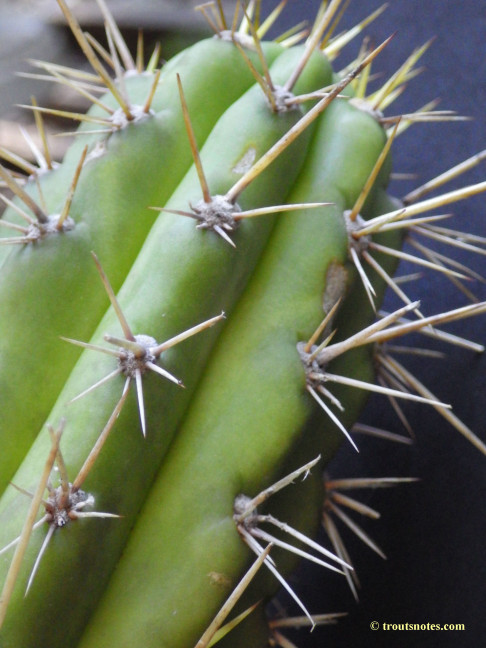 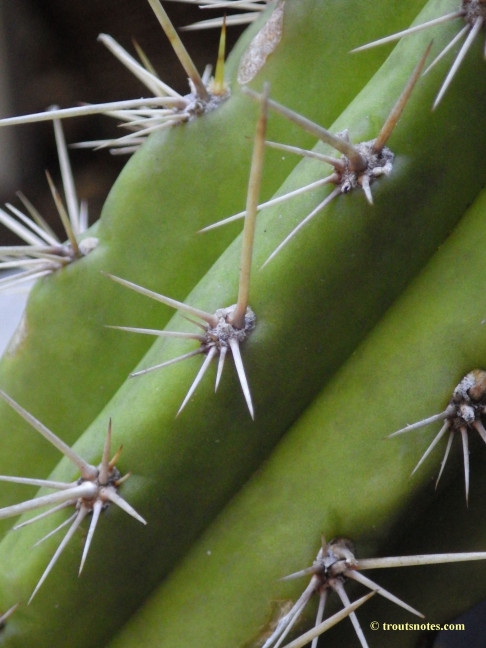 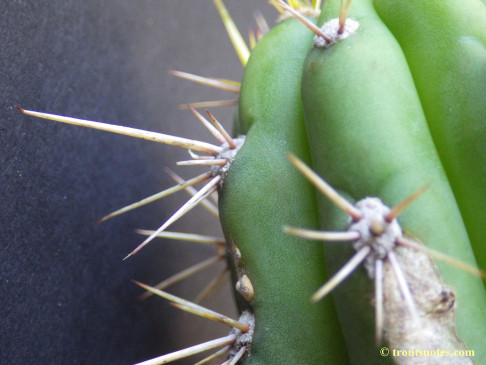 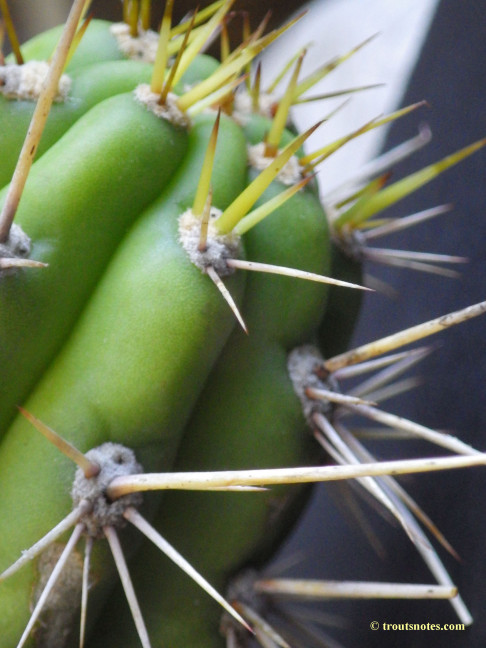 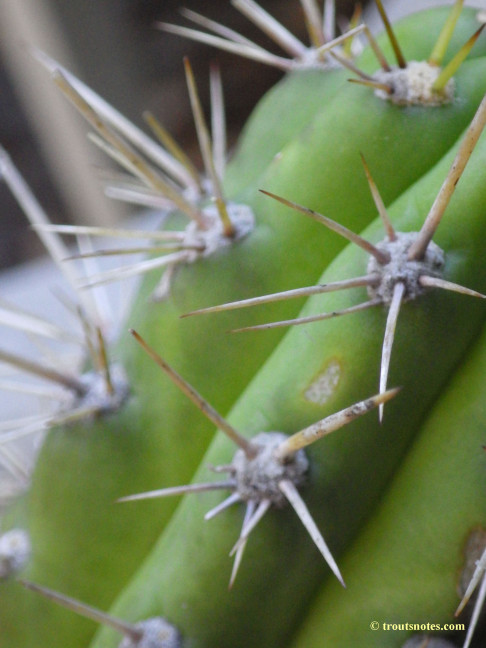 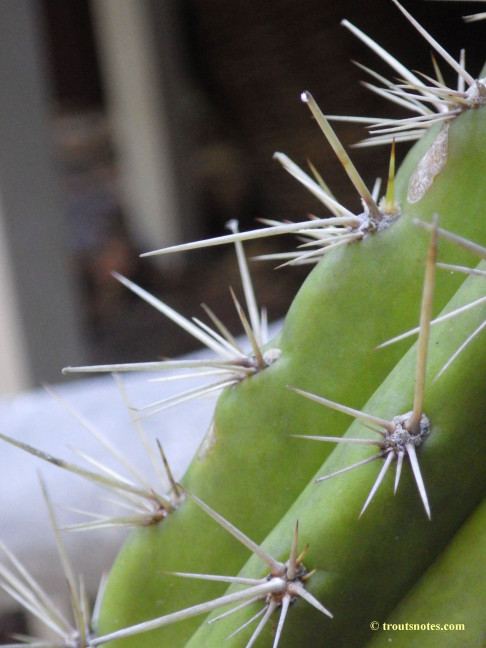 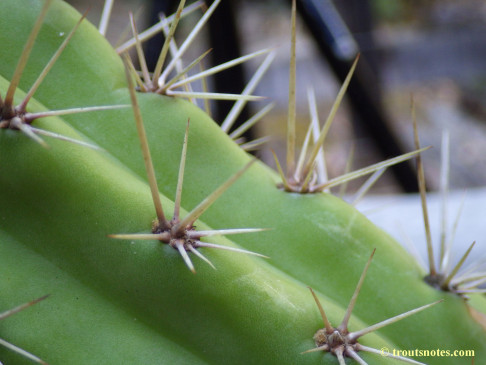 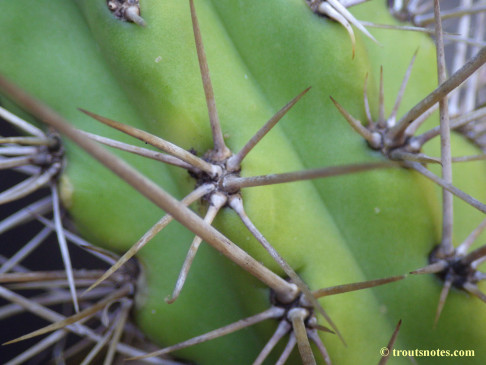 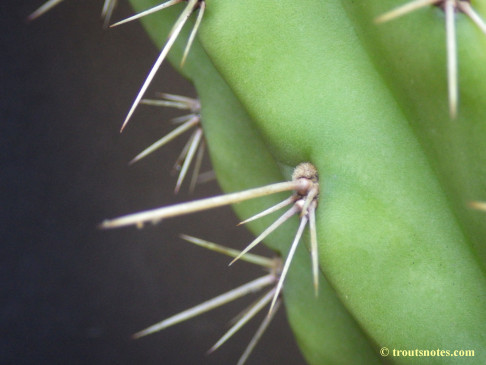 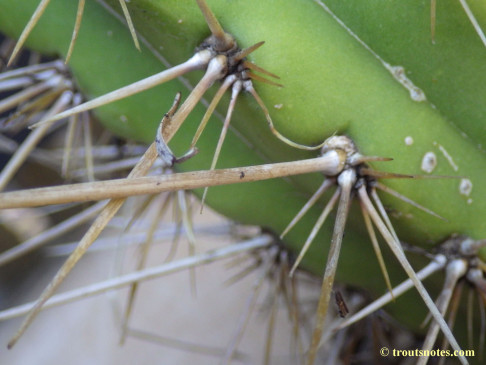 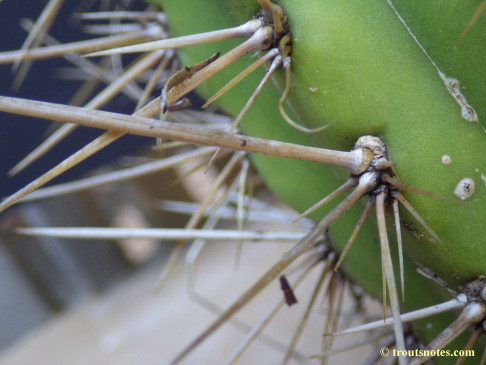 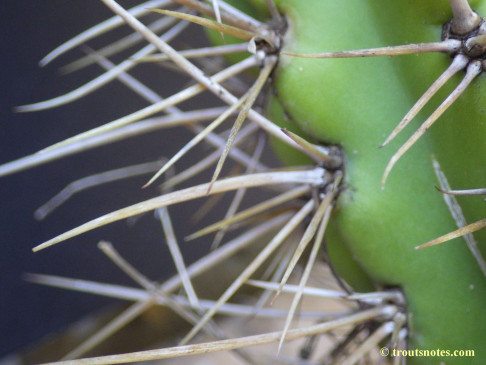 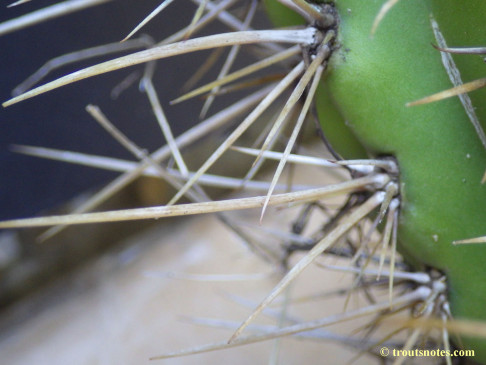 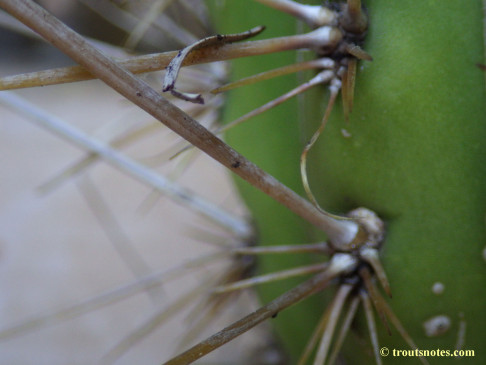 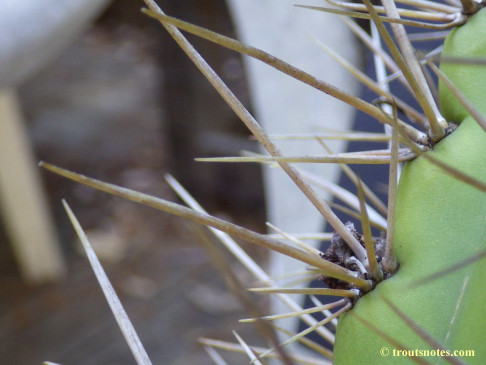 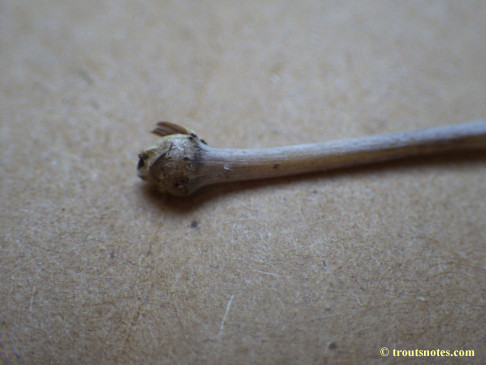 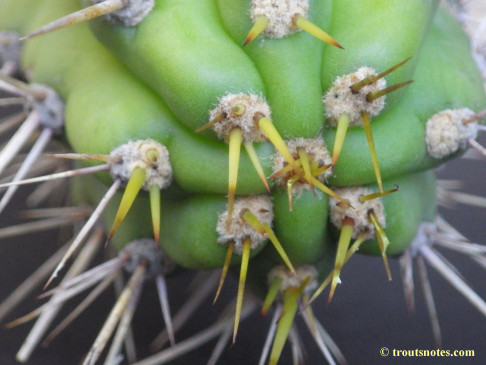 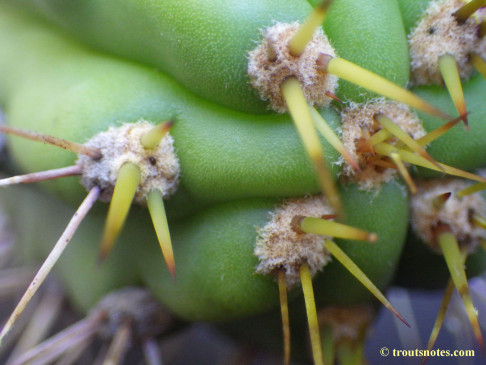