This zeller’s bolete was perhaps the best dressed mushroom of the season.

Although, sometimes earthtones, like this Prince Agaricus, have their own appeal.

Amanita calyptroderma is having an OK year, not as good as many but they were still out in abundance.

These next ones on the other hand are easy and foolproof. This magnificent lion’s mane somehow was overlooked for much longer than would be normal.

Coralloides always reminds me of something from the ocean. It might be my favorite mushroom, bar none, but if I’m not careful during harvesting and foraging they sure are a lot of work to clean.

This is an edible truffle that is associated with doug-fir.

Asarum hartwegii
Hartweg’s wild ginger or Wild ginger
This species occurs only farther north and east of here but it flowers this time of year.

Calochortus species
The Mariposa lillies
There are many different species of these in California and a couple of them live near here.

This bearded Iris is not a native Iris species

Pleuricospora fimbriolata
“fringed pine-saps”
I’ve only seen this mycoparasitic species one time (deer ate this one within a few minutes of being photographed).

We only rarely get snow here unless counting this annual pollen fall from this plant.

Pyrola picta
White-veined wintergreen
Is also just beginning at the end of May and will be flowering as we move into June.

Rhus diversiloba
Poison oak
This is an underappreciated beauty.
The north has maples for Fall color; we have poison oak — starting in late Summer.

another image from earlier

A lot of cool animals live here. This is a tiny fraction.
Getting photographs for most of them is a real challenge.

A parthenogenic doug-fir specialist that is said to be the smallest walking stick insect.

Unidentified bug with a Piptoporus betulinus

Ticks
It is almost impossible to go out during mild weather and not pick up a tick in the forest or meadows around here.

This is the business end of one thing about the forest that really sucks, ticks.

These were abundant and especially active during May-June 2015. It has been almost impossible to go out during mild weather and not pick up a tick in the forest or meadows around here right now.

Vaejovis puritanus
One of several scorpions that live here; species ID may or may not be right. This is an older picture of something that we only very rarely encounter.

The next individual was not seen here at home but was encountered while visiting the Shulgin farm.

This image was taken a few miles from home in Ukiah but these live and nest here on site.

Meleagris gallopavo
Wild turkeys
This is a conservationist success story. This bird species nearly went extinct due to overhunting. Reintroduction activity (largely through redistribution of existing birds)  lead to a huge rebound of the population including in many areas where it did not formerly exist. It is so common now that most people have no idea that it almost disappeared from the planet. 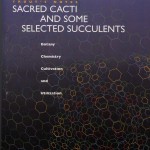 The book is the one I have been waiting for…Your research, experience and compilation seems, to me, very complete. You obviously have a great love for these allies.

As always, thorough, well done, and filled with treasure…

…a masterpiece of botanical and scientific work. … packed with photographs and descriptions of Trichocereus cacti…Like all of Trout’s Notes books, every college library should have a copy …unsurpassed by any other book on the study of Trichocereus.

…packed with an eclectic range of ethnobotanical and phytochemical information and references. More than I’ve seen anywhere else…Sure to be a springboard for further checking and experiencing by any ethno/entheo-botanist who is interested to put some time and energy into studying these plants.

I… am quite pleased with its usefulness and the extreme Wealth of information you have made available. I am a botanist (read, grad student trying desperately to finish up my PhD) … Keep up the good work!