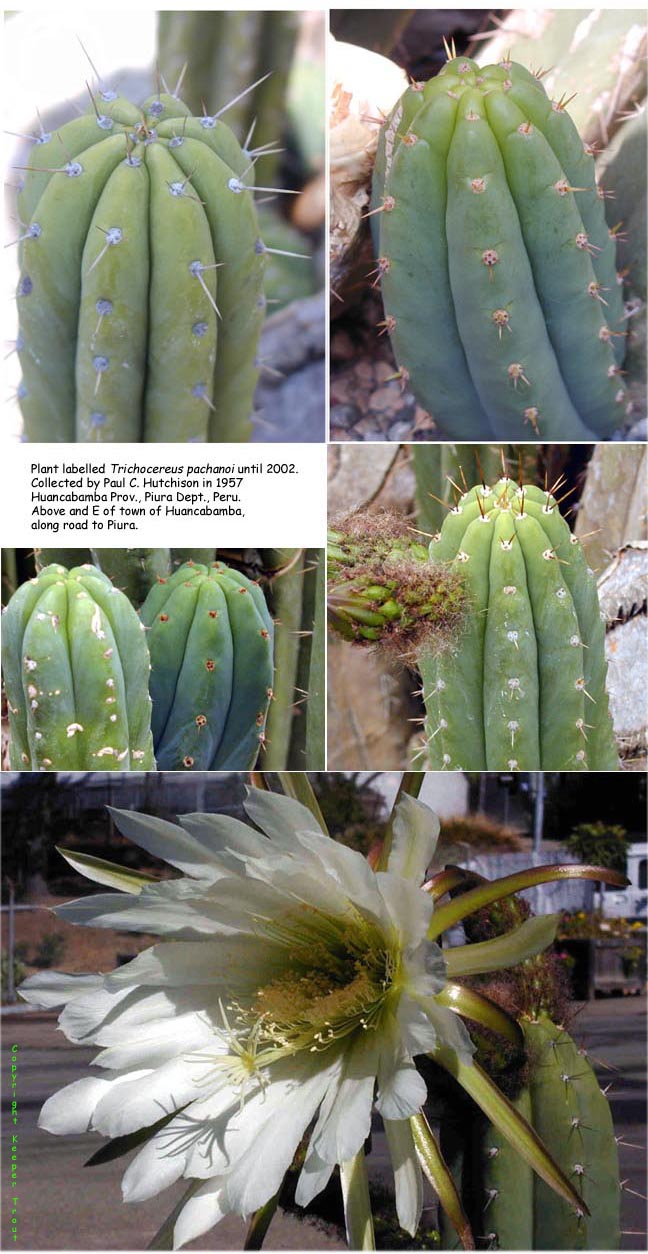 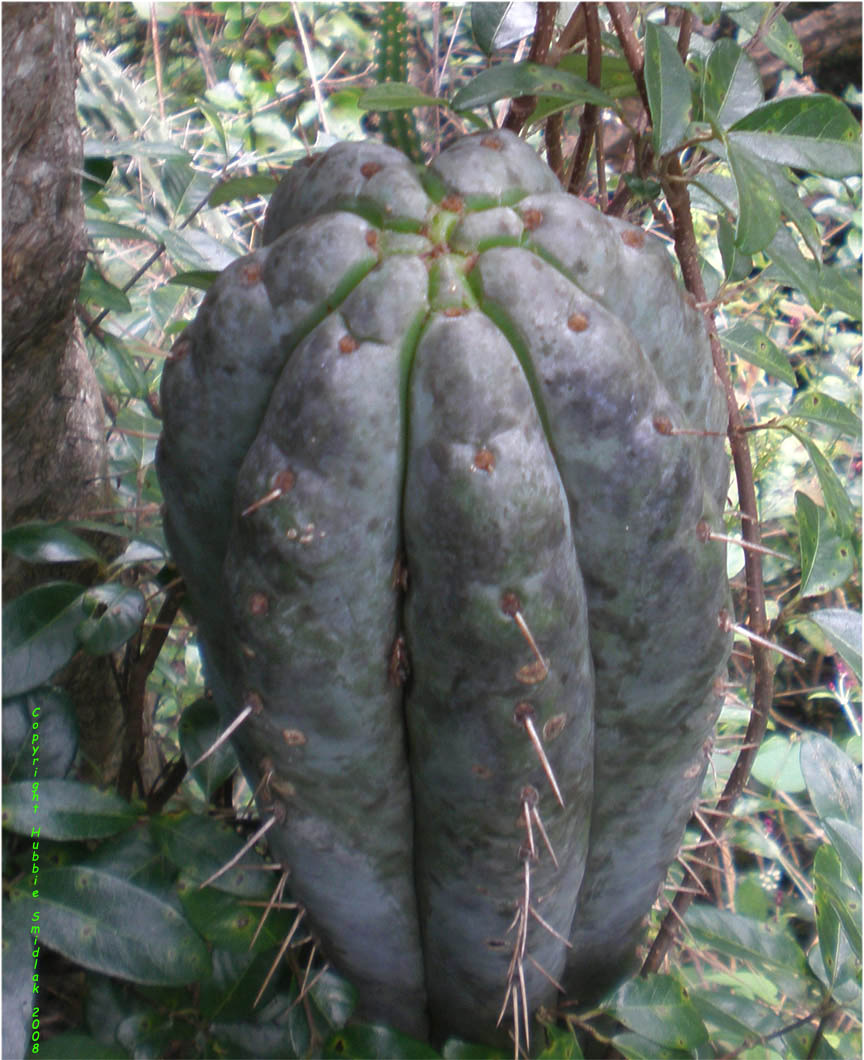 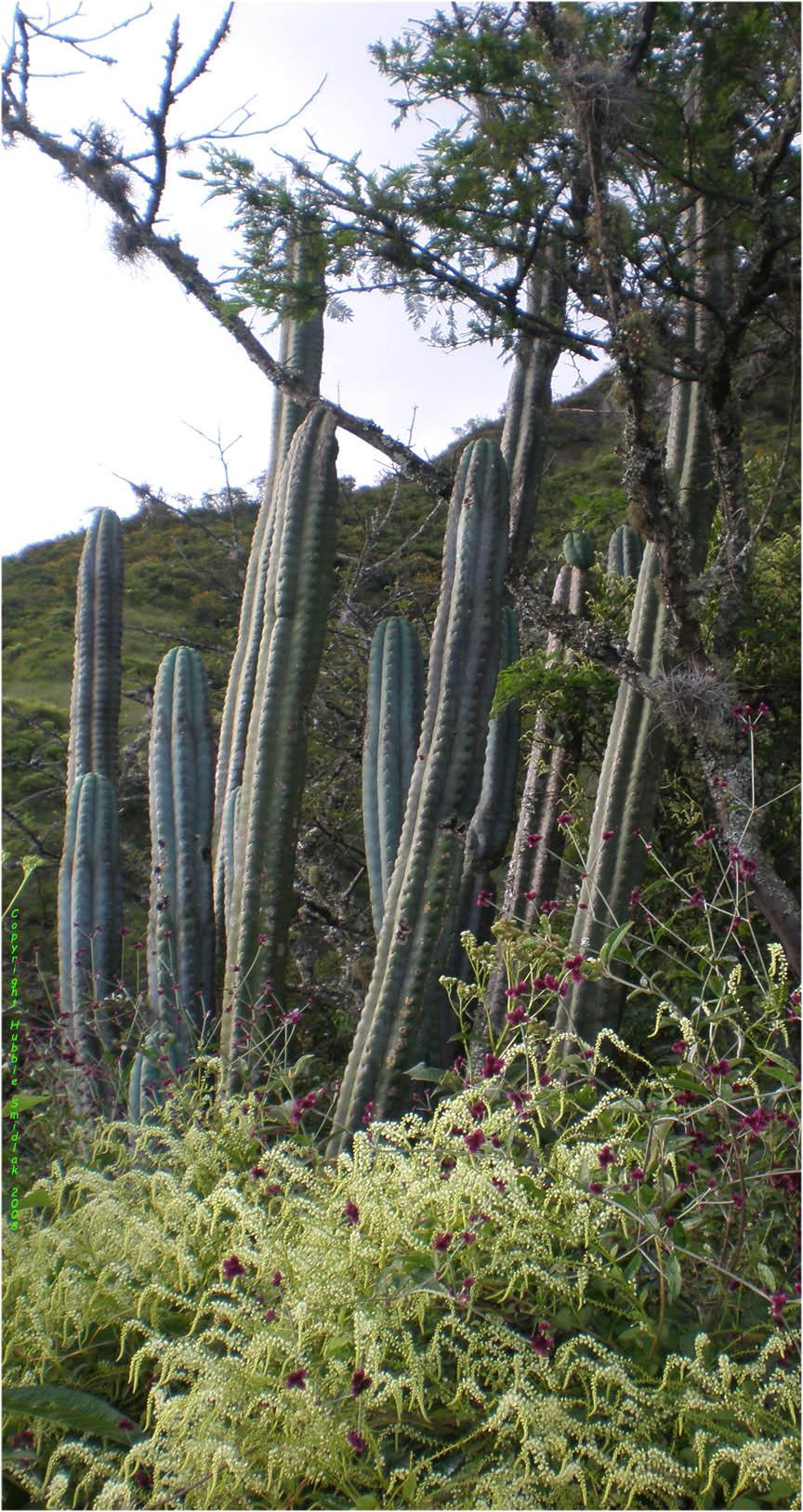 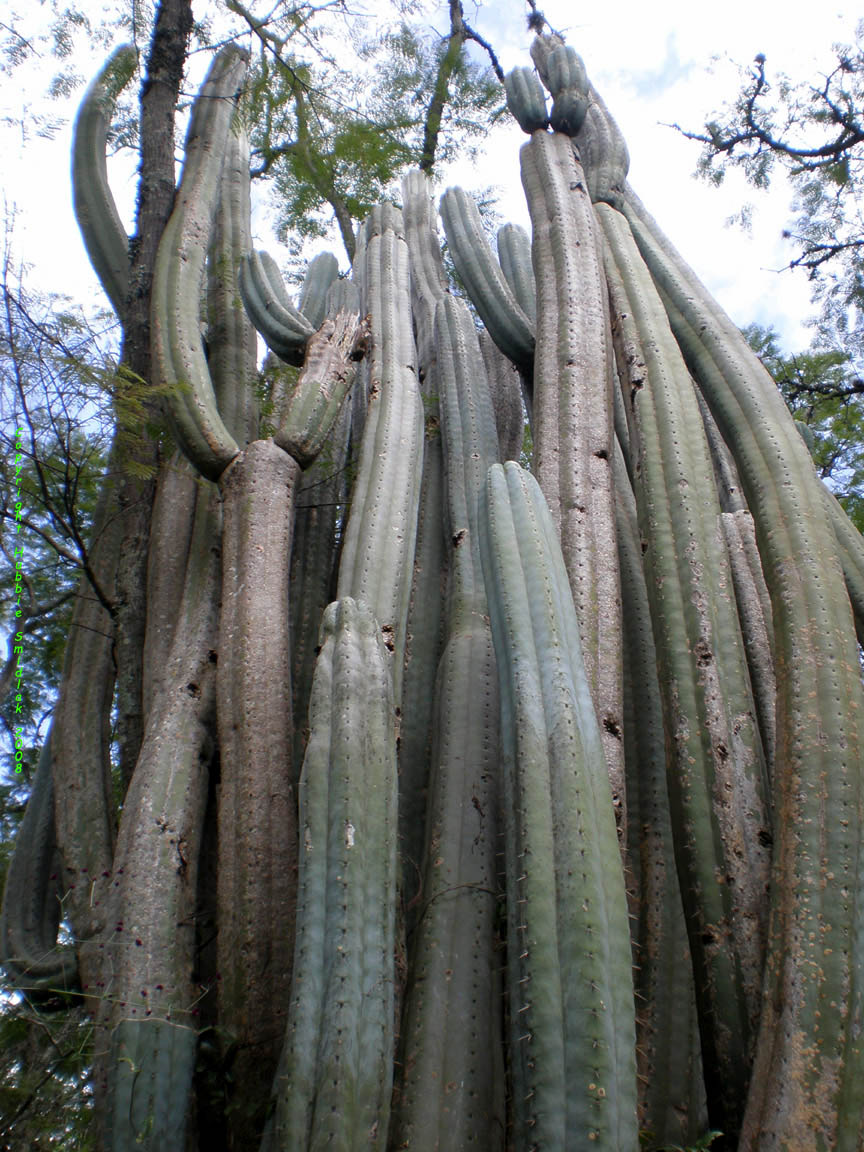 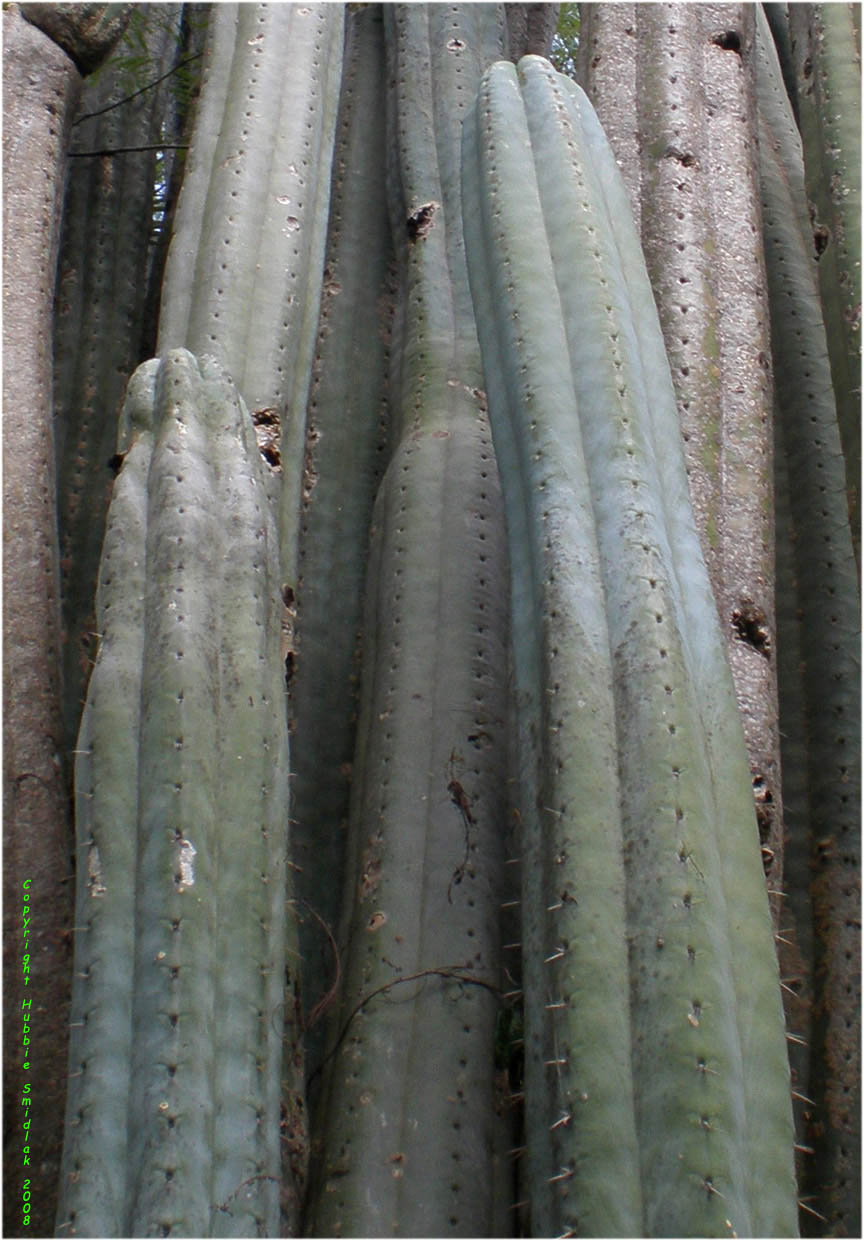 Quito, Ecuador has a number of forms of Trichocereus pachanoi in cultivation. As we already have seen, and will be seeing again, a similar story exists in Peru.
I’ll suggest to readers that it is best to try and have some fun with this and try to resist drawing conclusions as long as you can. It is valuable to not get distracted by the variable degree of spination and different vegetative body morphologies. They are worth gaining familiarity with so the plants can be recognized when encountered but in this instance it is the flowers and the fruit that are actually helpful for illumination.
Take some time to study the images in this article and after a while some of the things to focus on should start to resolve. 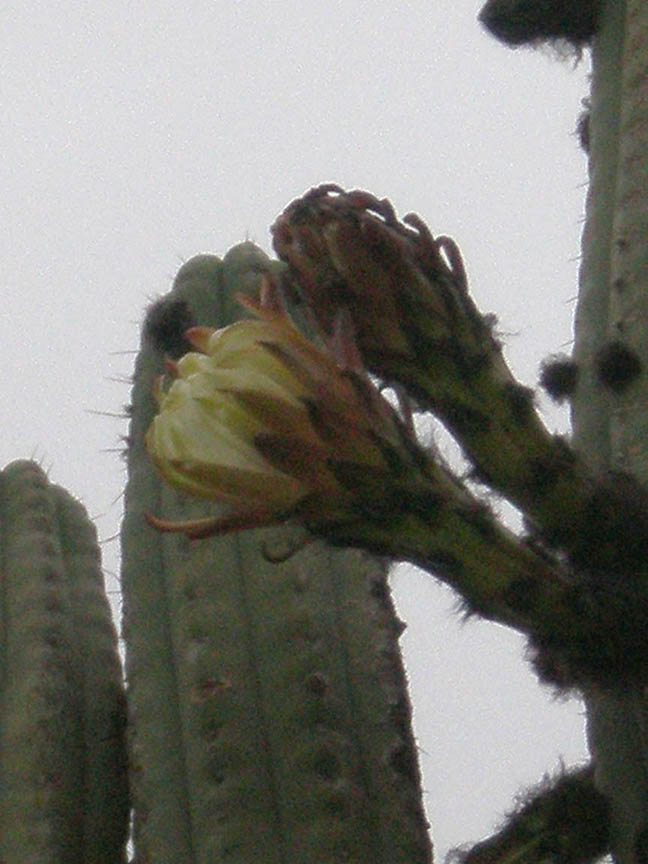 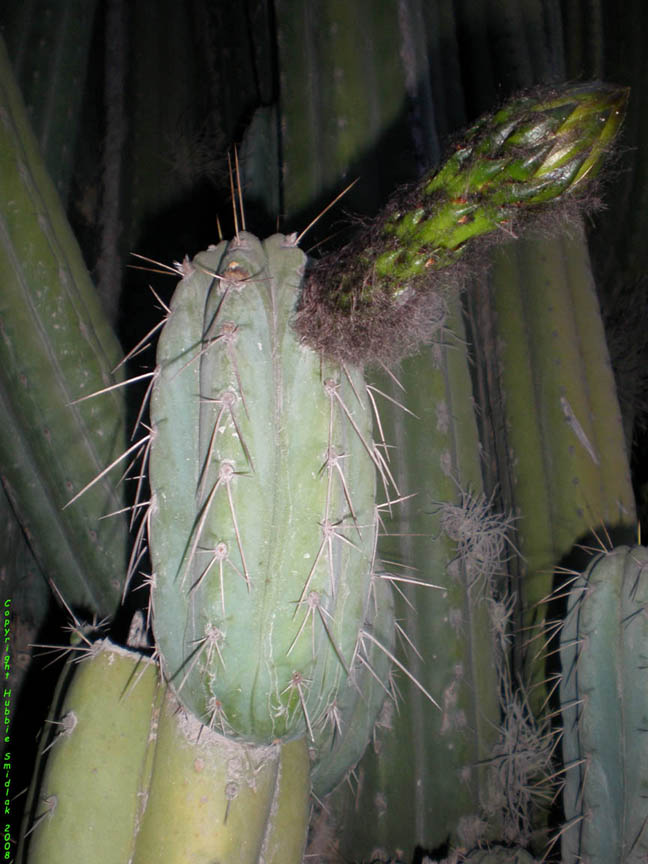 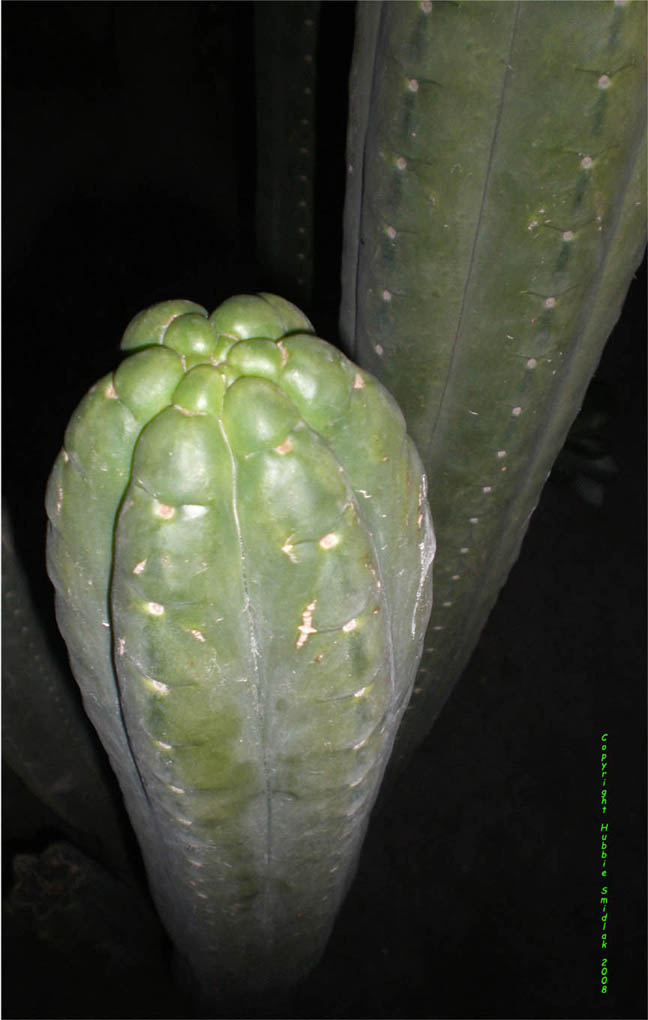 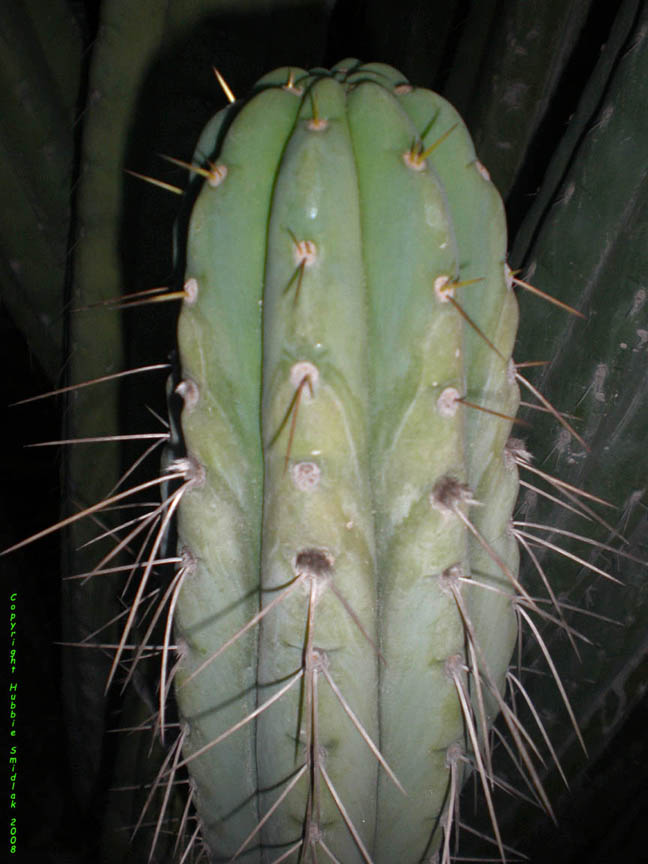 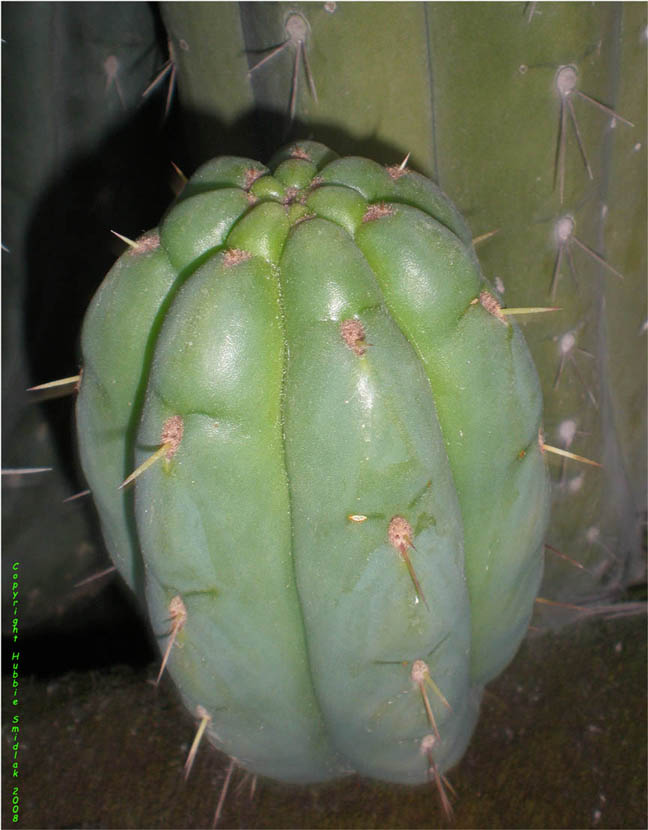 All images above are of Trichocereus pachanoi growing at Quito.

Some more Trichocereus pachanoi in Ecuador 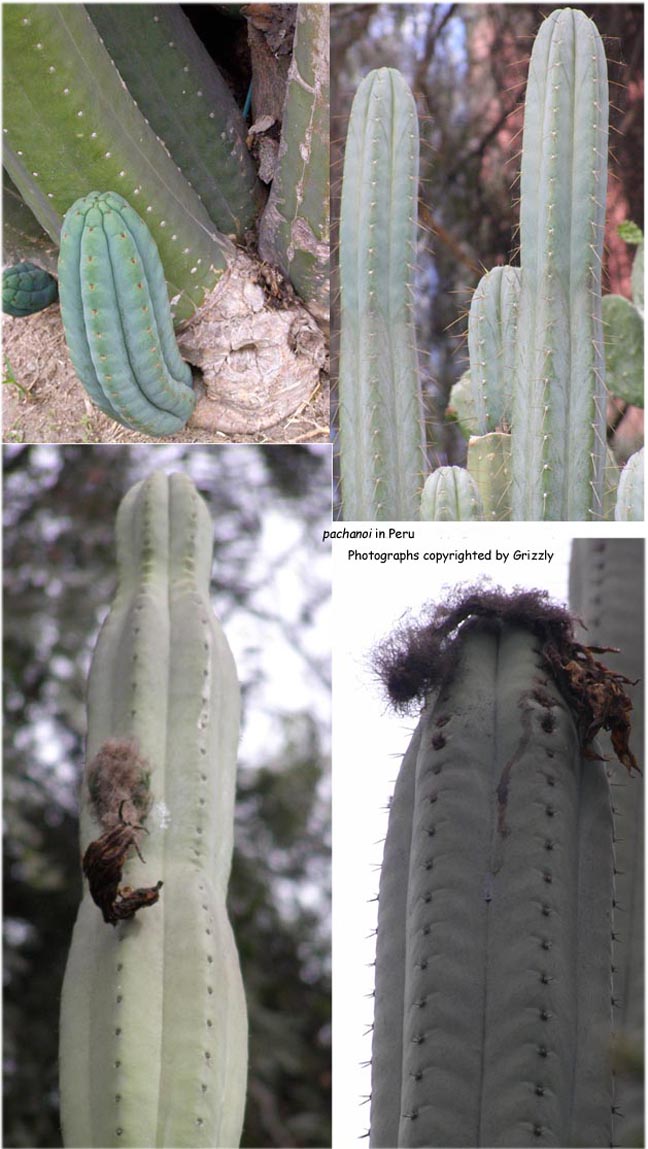 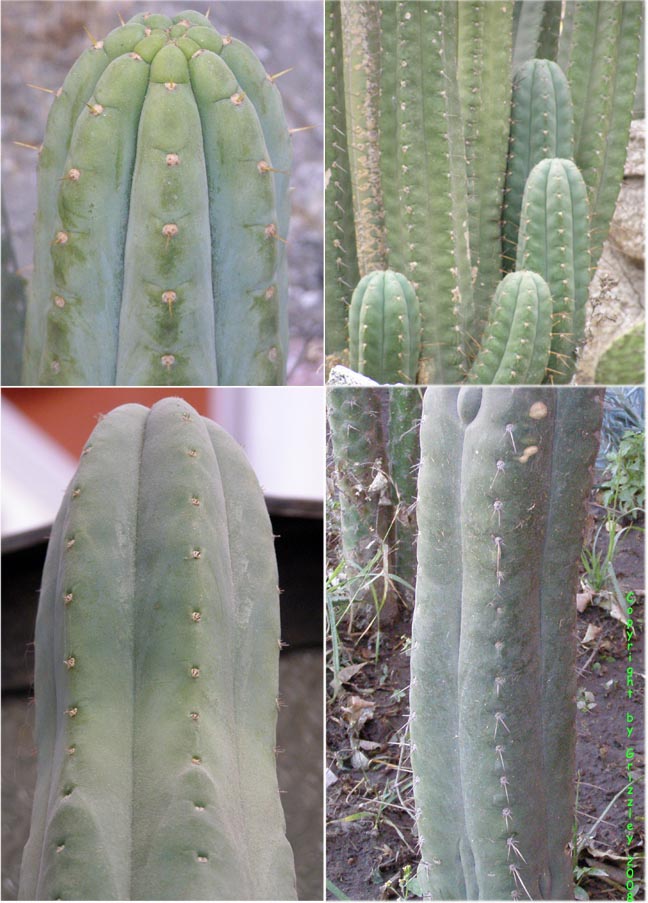