A comparison of the flowers from a few assorted Trichocereus species that appear to be closely related to each other based on their simple morphology. (click to return to the smaller views): 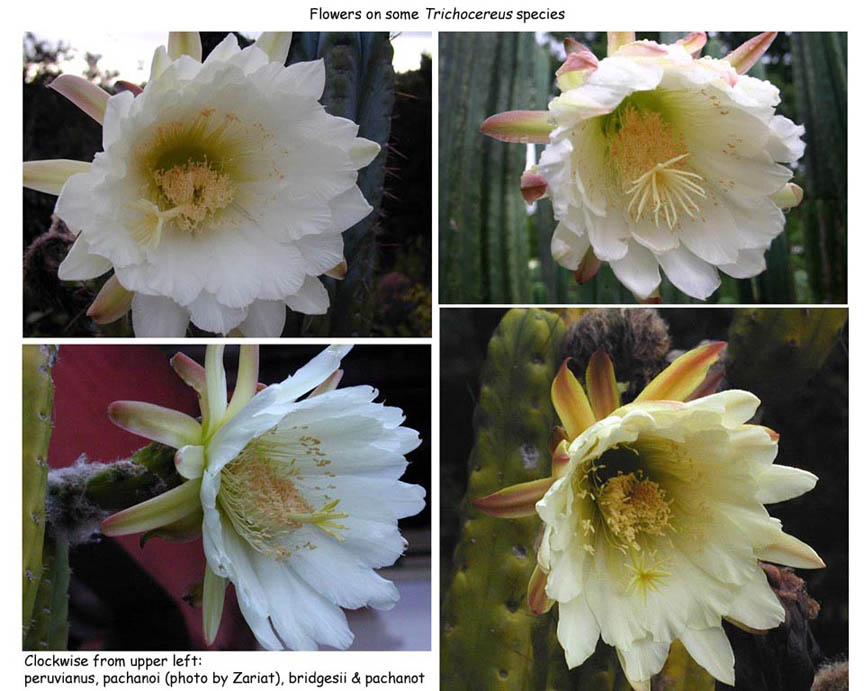 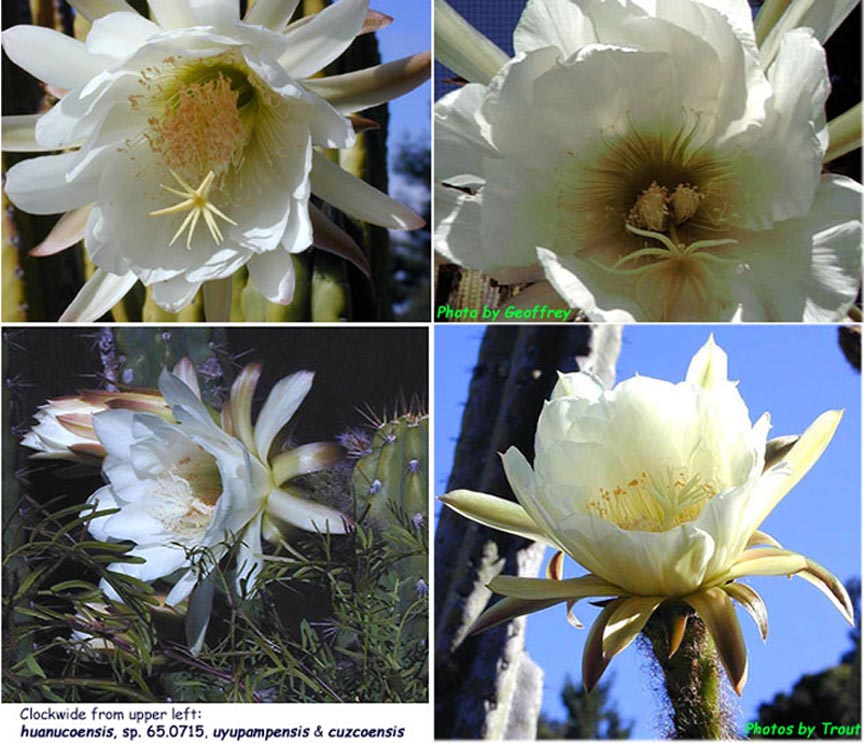 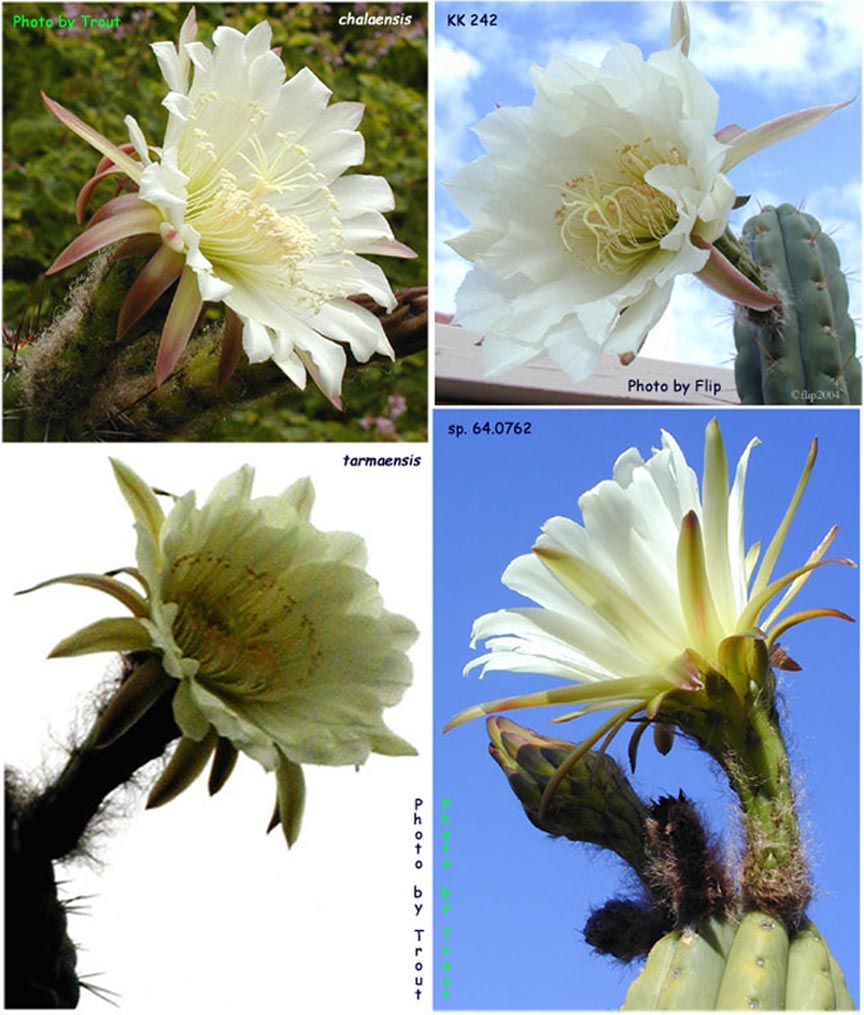 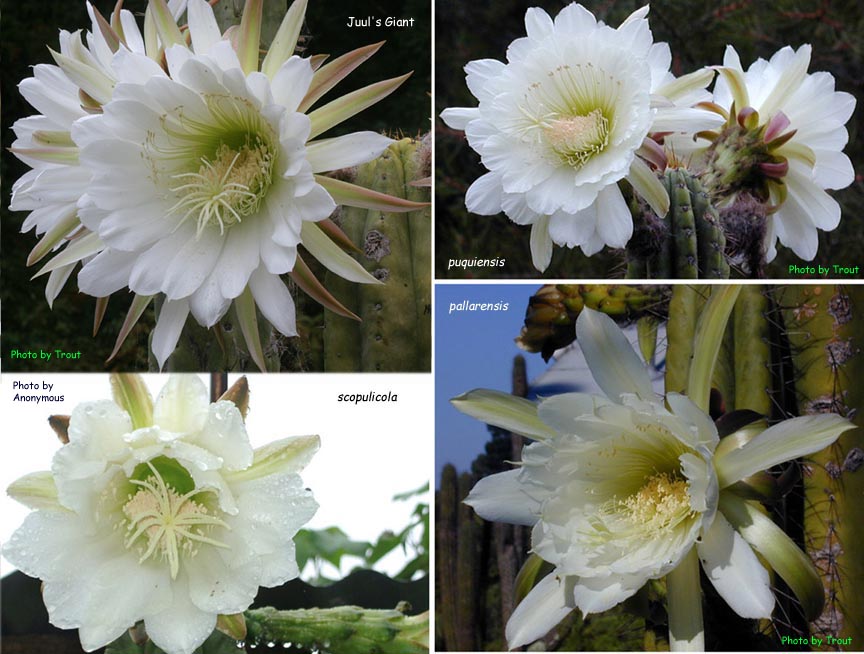 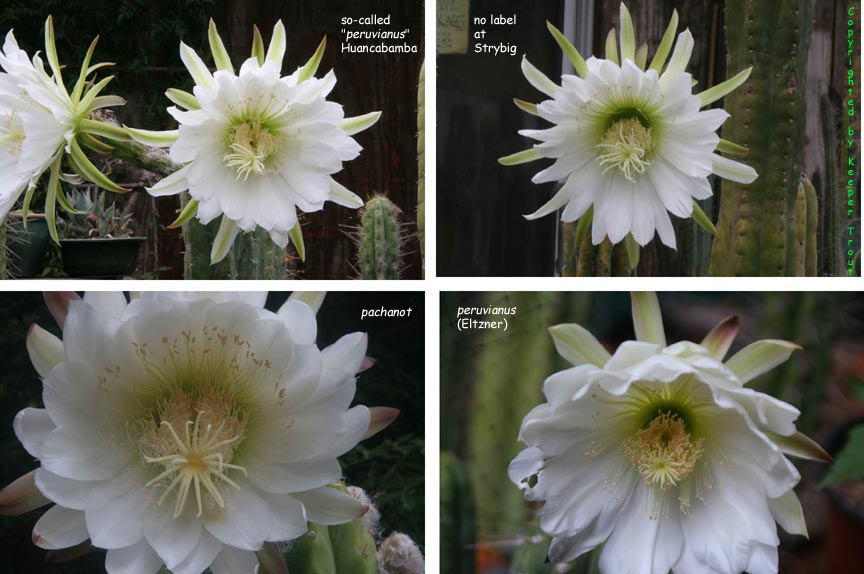 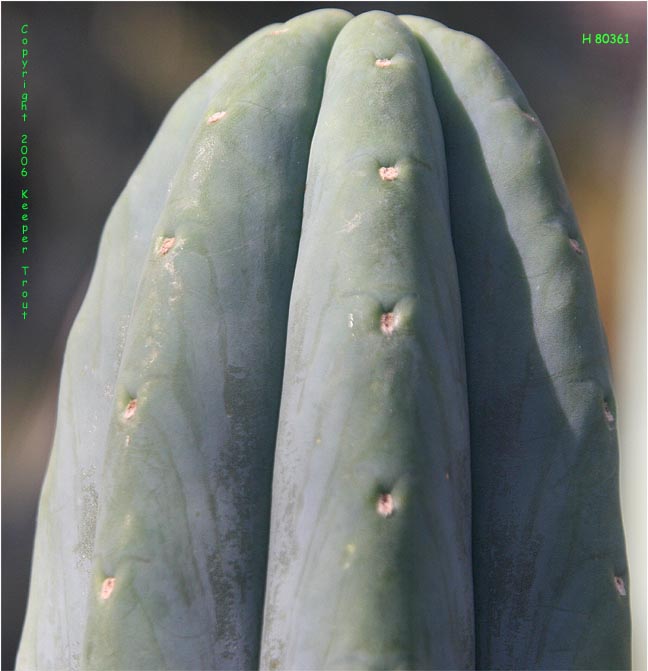 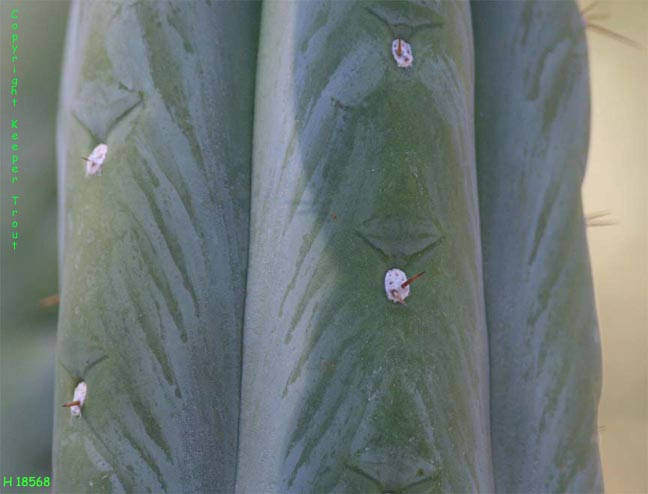 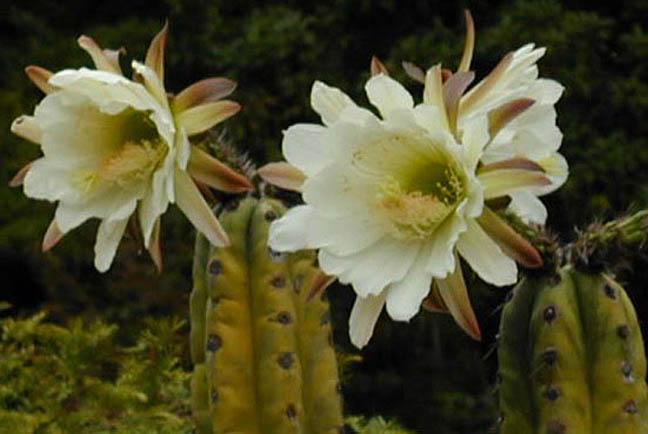 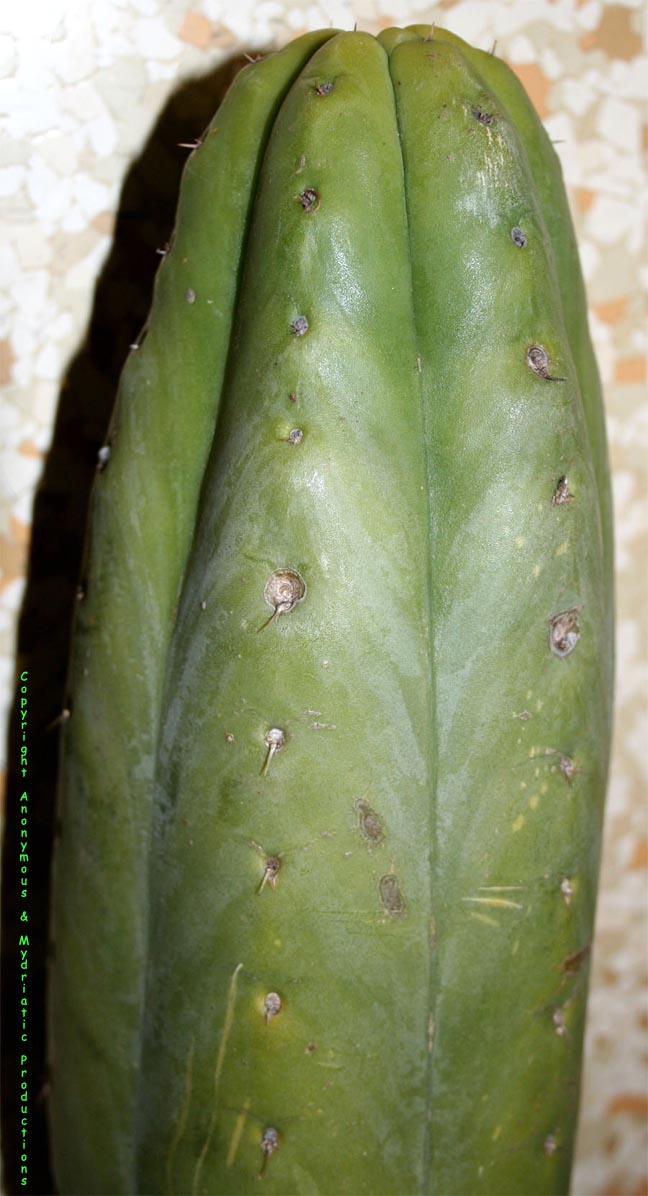 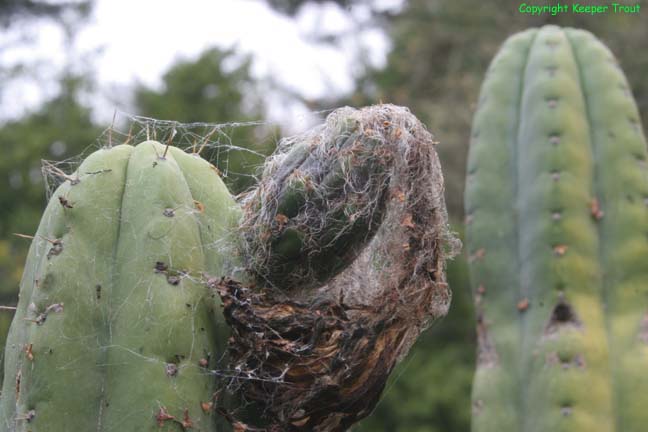 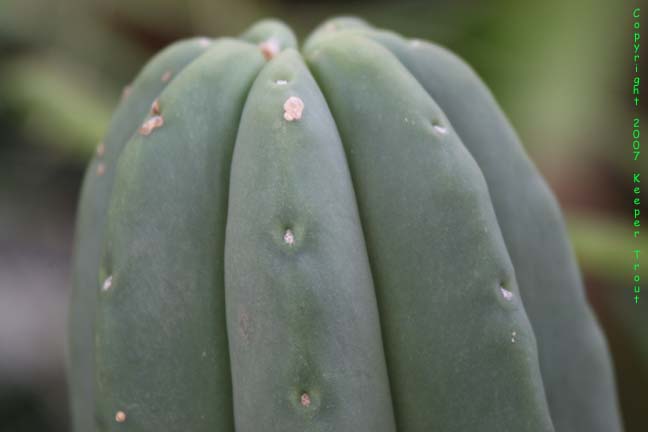 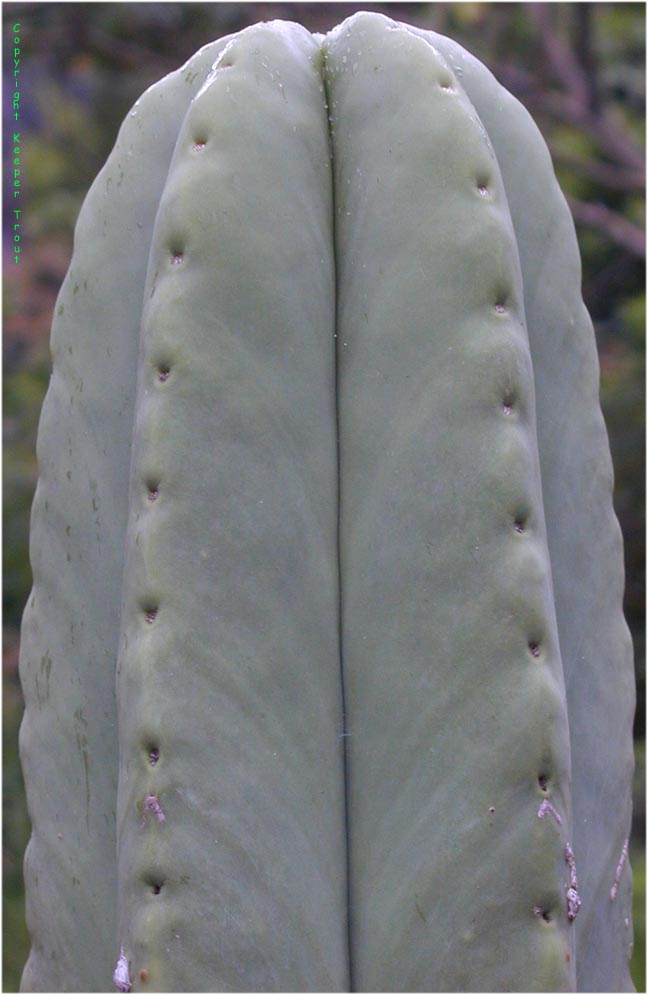 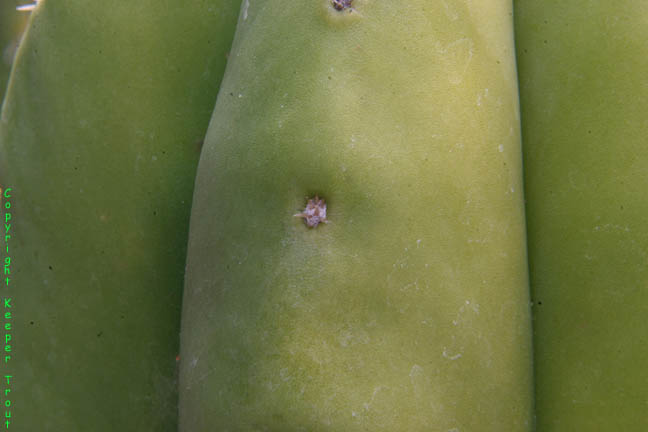 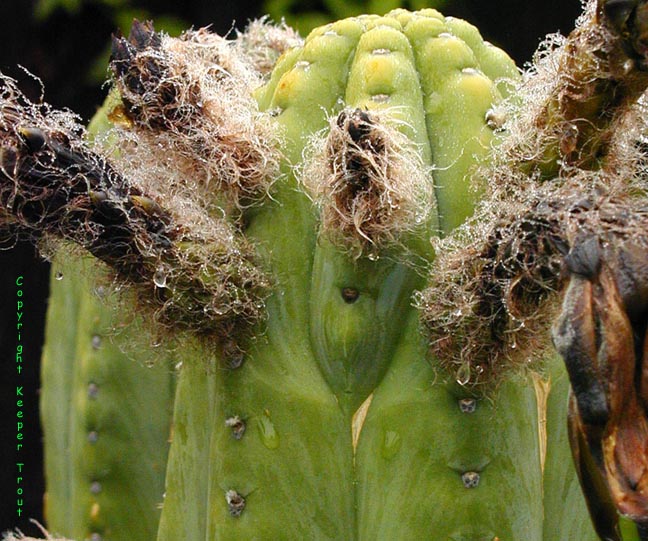 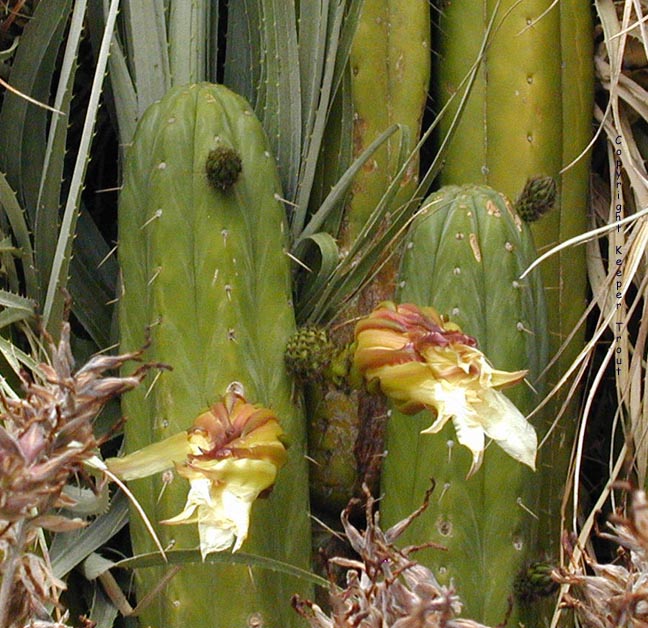 Trichocereus pachanoi Strybig
I was told by the Strybig’s staff that this was obtained from UC. The most plausible candidate would seem to be  Peru 65.0729. However, that plant from UC has been demonstrated to show an interesting spiralling desiccation of its flowers that seems to be trasnferred through its progeny. The Strybig’s does not appear to have this feature. Whether that is enough to make them different or if they are one and the same remains to be proven through study. 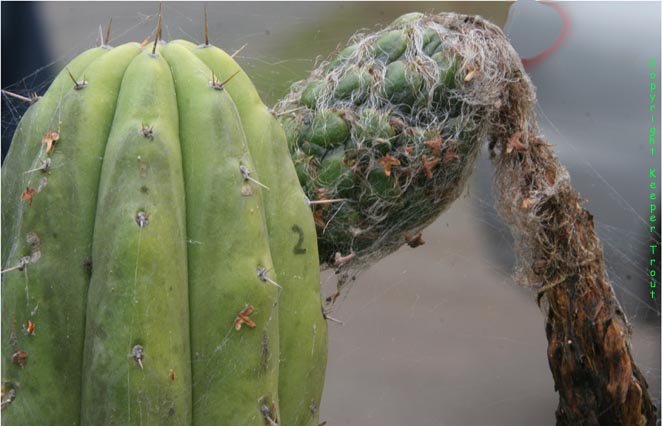 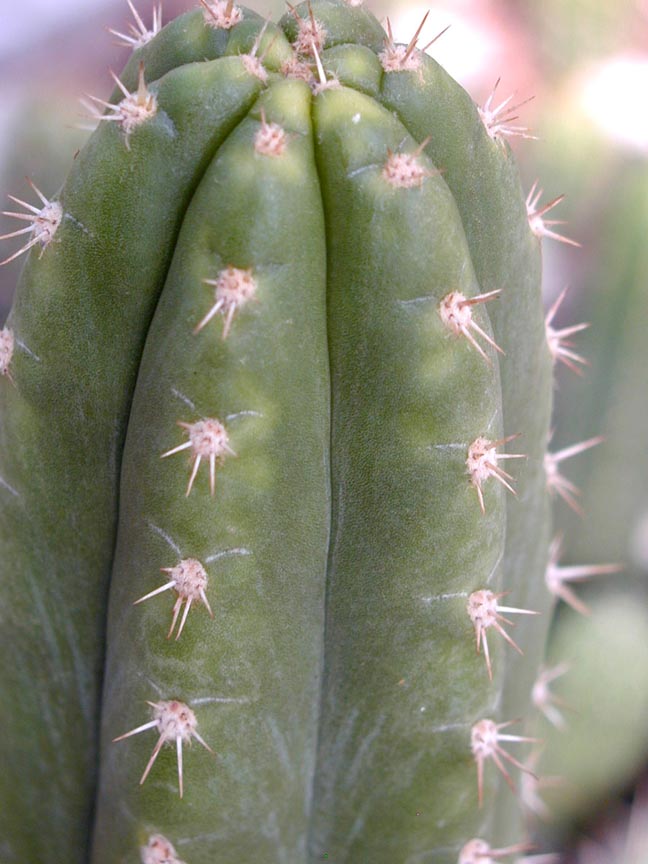 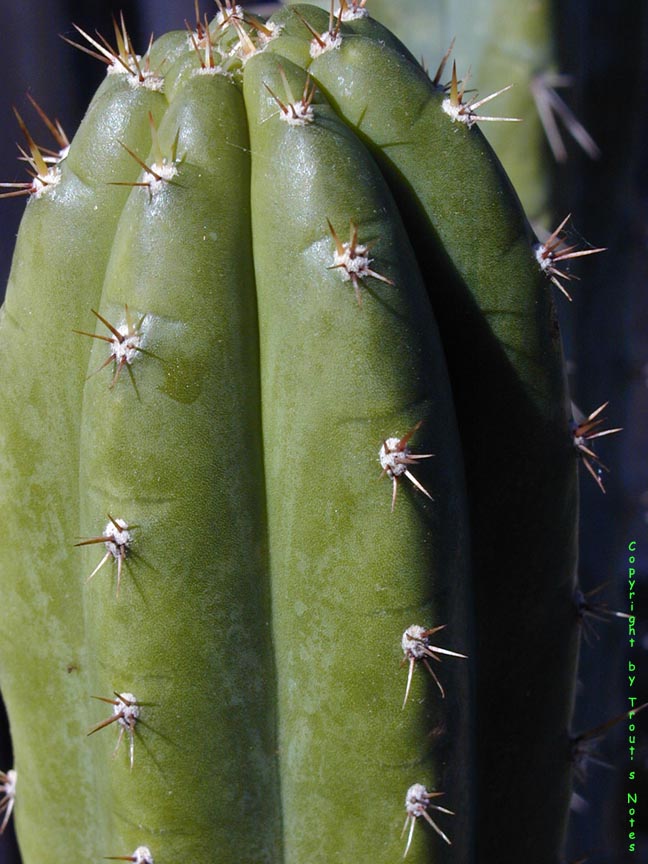 …a wonderful book … I would recommend every college library in the nation…add…to their collection…excellent book not only for professionals, but anyone interested in a comprehensive study…

…packed with an eclectic range of ethnobotanical and phytochemical information and references. More than I’ve seen anywhere else…Sure to be a springboard for further checking and experiencing by any ethno/entheo-botanist who is interested to put some time and energy into studying these plants. 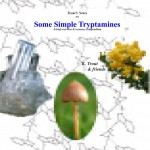 Thanks for the huge, complete and amazing “Sacred Cacti” second edition. Its much more than I expected to receive. You [haven’t] left anything out, I’m overwhelmed with this enormous work! Congradulations, you’ve done an excellent work! Although I don’t agree with you in your closed defence to drug use, I respect your viewpoint…

As always, thorough, well done, and filled with treasure…